“Clearly he’s already forgotten about the little people who put him in power in the first place.” 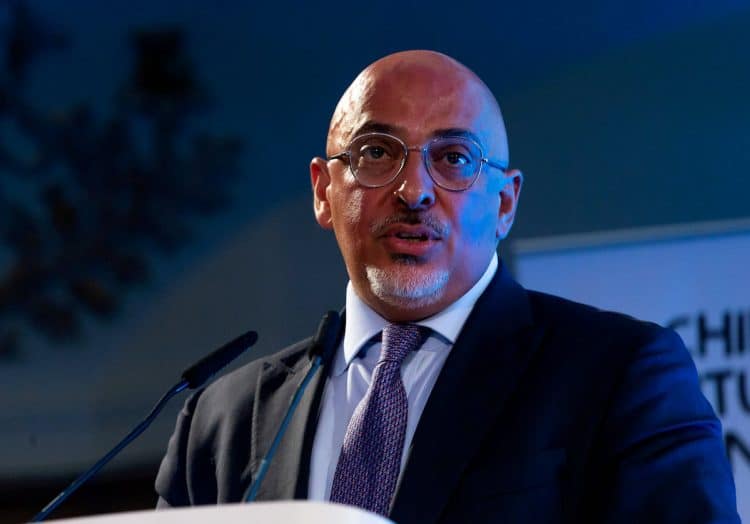 Furious parents gave new Education Secretary Nadhim Zahawi an ‘F’ on his first day in the job – after he snubbed being guest of honour at Shakespeare’s old school.

The Tory MP was due to make a speech and hand out prizes at King Edward VI School in Stratford-upon-Avon, Warks., on Thursday (16/9) evening but failed to turn up.

Zahawi, who represents Stratford, missed the school’s Speech Day just one day into his new job after taking over from gaffe-prone Gavin Williamson.

Parents blasted Zahawi’s no show and accused him of “forgetting the little people”.

One mum said: “It was horribly embarrassing. The head and governors were sitting on the stage and the parents were in their seats just waiting and waiting.

“The head kept checking his watch and looking around the hall in the hope he would turn up but after ten minutes, he just had to start without him.

“It was a pretty poor for him to be a no-show at a school on his first day in the job as Education Secretary.

“Clearly he’s already forgotten about the little people who put him in power in the first place.”

Zahawi was invited to be guest of honour at the state-funded Academy Trust, which dates back to 1553, and caters for 767 pupils aged 11-18.

Despite snubbing the event, headteacher Bennett Carr had the parents and pupils in stitches when he pretended to be Zahawi.

A parent said: “Mr Carr initially assured us that Mr Zahawi was on his way but after a few more minutes it became obvious this was wishful thinking.

“When it was clear he wasn’t going to turn up, Mr Carr did a hilarious skit and pretended to be Mr Zahawi himself.

“He cleared his throat and thanked everyone for waiting for him. The parents thought it
was hilarious and clapped Mr Carr for his efforts.

“He even made a funny remark about being a ‘more visible presence’, than Gavin Williamson, which brought the house down.

“When Head Boy Will Warner took to the lecturn to thank Mr Zahawi for coming, Mr Carr even took a bow.

“It was wonderful and was probably more entertaining than if Mr Zahawi had shown up.”