"These people are mad, bad and dangerous. They have to go." 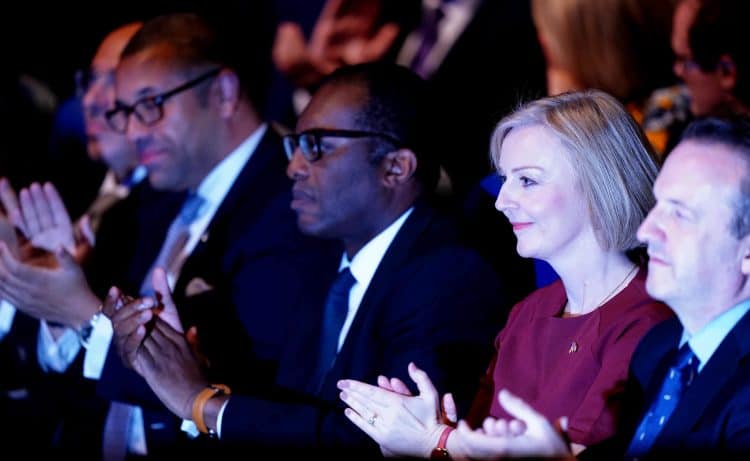 The Financial Times has published a strong critique of the Liz Truss administration, saying the new PM’s growth plan is the stuff of fantasies.

Liz Truss will be keen to get the annual gathering back on track after she and Chancellor Kwasi Kwarteng abandoned their plan to scrap the 45 per cent rate for earnings over £150,000 in an astonishing U-turn to stave off a Tory revolt.

She told the Express newspaper: “Express readers can rest assured: we will reward your trust.

“It has not been an easy week, but we have shown that we listen to people’s concerns and we are determined to deliver on our core plan for economic success and security.

“Our plan for growth is essential to get the British economy moving. Growth is the only way to create jobs, boost wages and fund our vital public services like the NHS.”

But it could be too little too late.

Polling shows Labour has taken a convincing lead over the Tories and even Nadine Dorries has joined calls for a general election to be held immediately.

An extract from the FT posted on social media has gone viral as it hit out at Truss’s “magical potion” approach to the economy.

“These people are mad, bad and dangerous”, it reads, adding: “They have to go”.