A number of Ukrainians have reportedly been turned away at the border because of the UK's strict approach. 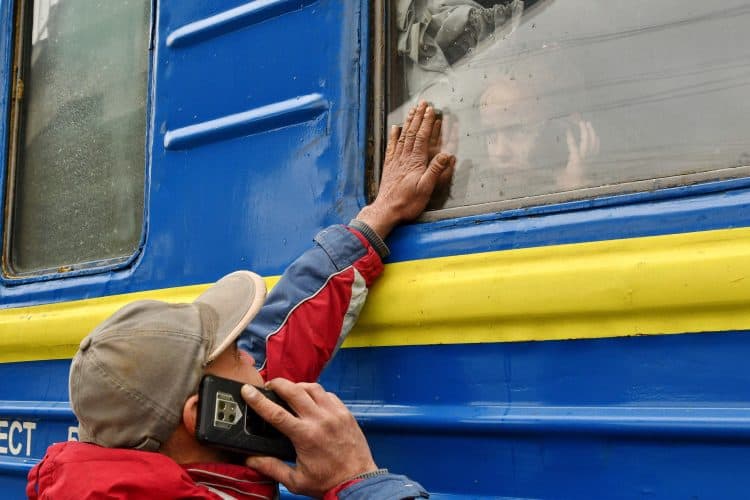 A French government adviser called on the UK to relax its conditions for granting visas to Ukrainians, with reports that many are being left “stranded” after being denied entry to the UK.

But Downing Street batted away the criticism – with Boris Johnson’s spokesman insisting that the “vast majority” of fleeing Ukrainians “want to remain” in the broad area.

It comes amid suggestions that the Ukrainian government has asked the Home Office not to lift all restrictions on arrivals, as it seeks to keep people in the country.

Britain has offered sanctuary to up to 200,000 Ukrainian refugees by expanding its “humanitarian” visa scheme to extended family members and sponsored workers.

But Johnson is resisting calls to follow in the European Union’s footsteps by opening the door to all Ukrainians.

The French government adviser was quoted by the AFP news agency as saying: “We have drawn the attention of the British authorities to the difficulties linked to the lack of information and the overly restrictive nature of this regime.

“At this stage, they do not issue visas on the spot, but in their consulates and embassies.”

French cited the case of a family of nine Ukrainians with relatives in the UK who were turned away after arriving at Calais.

And, at the weekend, the elderly mother of a woman living in the UK was blocked from entering Britain at Gare du Nord in Paris – a decision which was reversed on Tuesday.

More than one million people are said to have fled Ukraine following Russia’s invasion, as Moscow said it was ready for more peace talks even as its forces bombard the country’s second-largest city and two strategic seaports.

The tally the UN refugee agency released was reached on Wednesday and amounts to more than two per cent of Ukraine’s population being forced out of the country in seven days.

The mass evacuation could be seen in Kharkiv, a city of about 1.5 million people where residents desperate to escape falling shells and bombs crowded the city’s train station and pressed onto trains, not always knowing where they were headed.

A second round of talks aimed at ending the fighting was expected later on Thursday in neighbouring Belarus — though the two sides appear to have little common ground.

“We are ready to conduct talks but we will continue the operation because we won’t allow Ukraine to preserve a military infrastructure that threatens Russia,” Russian foreign minister Sergei Lavrov said, adding Ukrainians will able to choose what government they should have.