The satirical news site has announced Vladimir Putin's engagement to the president of Belarus, among other things. 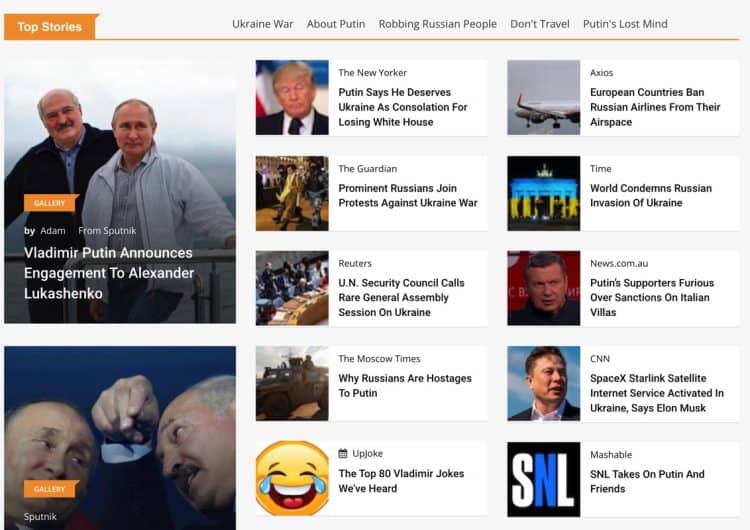 A counter ‘Sputnik’ news site has been set up – much to the delight of people on social media.

Questions over Russia’s state-owned media have come to the fore during the Ukraine conflict, with RT and Sputnik both shut down by the European Union.

Today Nadine Dorries said Kremlin-backed broadcasters should also lose their license in the UK and “never again” be able to broadcast “poisonous propaganda” into British homes.

The culture secretary told MPs she hopes that TV watchdog Ofcom’s investigations will lead to action, she said she has also contacted Meta and TikTok to urge them to stop streaming the content via their online platforms.

One person, meanwhile, has decided to take matters into their own hands by setting up a counter news service to Sputnik.

Posting on sputnik.com, rather than sputniknews.com, the news site showcases a host of satirical content that paints Russia and namely its president Vladimir Putin in a less than complimentary light.

Titles including ‘Putin announces engagement to Alexander Lukashenko’ and ‘Why Russians are hostages to Putin’ are a flavour of the types of pieces been put up.

The site also features serious news items that are likely being underreported by its ‘sister’ network, including protests and the economic reality of sanctions.