The review will include interviewing all 59 MPs who lost their seats during the crumbling of Labour’s so-called “red wall” of constituencies in the North, the Midlands and Wales. 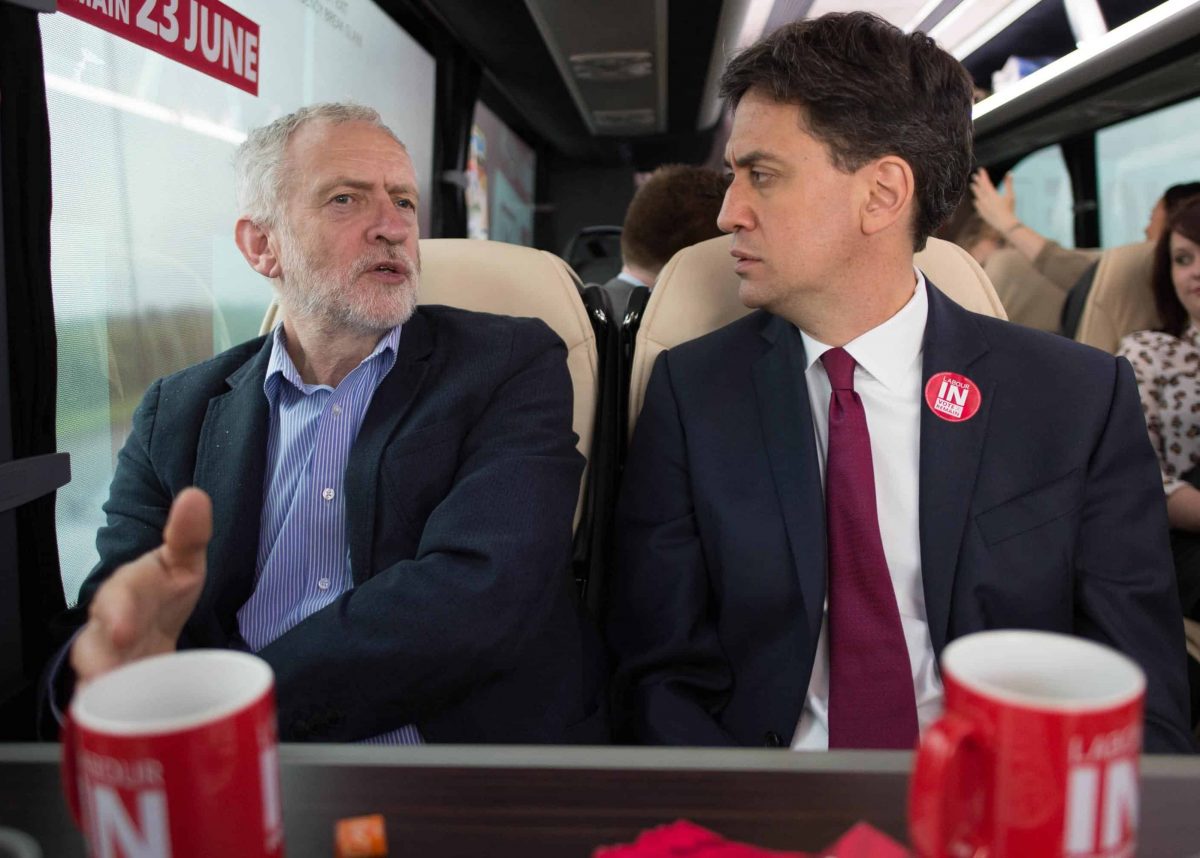 Former Labour leader Ed Miliband will be one of those to head up a major inquest into the party’s disastrous election result.

The review, set up by Labour Together, will include interviewing all 59 MPs who lost their seats during the crumbling of Labour’s so-called “red wall” of constituencies in the North, the Midlands and Wales.

Party leader Jeremy Corbyn only opted to write a generic letter thanking those who were toppled after facing backlash from the Parliamentary Labour Party at a fiery meeting in Westminster last week.

Wrong to blame only the leadership

The commissioners behind the independent review said it was “wrong” to blame only the leadership or the position on Brexit for Labour’s heaviest general election loss since 1935.

As well as Mr Miliband, who led the party to its 2015 defeat, former shadow education secretary Lucy Powell and Birmingham Ladywood MP Shabana Mahmood will spearhead the review.

Other confirmed commissioners include Jo Platt, former MP for Leigh – one of the lost seats from Labour’s heartlands in Greater Manchester – Sienna Rodgers, editor of Labourlist, a website favourable to the party, and James Meadway, former economic adviser to shadow chancellor John McDonnell.

A trade union representative, as well as a local organiser, is also expected to join the panel.

A “real and meaningful look”

Ms Powell said the inquiry would take a “real and meaningful look” at why the party had “fallen short” at four consecutive elections.

“We have lost the last four elections and we all have to accept that our offers to the country have been insufficient,” said the Manchester Central MP.

“We should have taken the time to understand our losses previously. It’s now profoundly important for the future of our Party and country that we take a real and meaningful look at why we have fallen short.

“This inquiry gives us the opportunity to listen to members, candidates and the public and I hope our whole movement takes it in the spirit it is offered and takes part.”

The commission, according to a spokesman, will be made up of voices from “different Labour traditions” and aims to “raise above the factional infighting which has coloured much of Labour politics for the last four years”.

It hopes to capitalise on the “millions of conversations” voters had with Labour campaigners in a bid to come up with a plan for Labour’s return to Downing Street.

The party last won an election in 2005 under the leadership of former prime minister Tony Blair.

The former leader of 13 years gave a scathing speech last week, telling an audience in London that the “takeover of the Labour Party by the far-left” had “turned it into a glorified protest movement, with cult trimmings, utterly incapable of being a credible government”.

The review commissioners plan to:

– take written and oral evidence from all the defeated candidates in former Labour held seats, and those on the party’s target list.

– hold listening events and focus groups with the public in the heartland seats in England, Scotland and Wales where Labour lost.

– speak to organisers, councillors and activists around the country about what went right and wrong.

– conduct a survey of Labour members and activists.

– conclude by “mapping out a route” back to power for Labour.

Ms Rodgers, of Labourlist, said the review would pore over the results in “an even-handed way, which doesn’t start with blaming one faction, or individual”.