In an age of rising protectionism the United Kingdom has chosen to walk out of the biggest free trade area in the world, Malcolm Turnbull says. 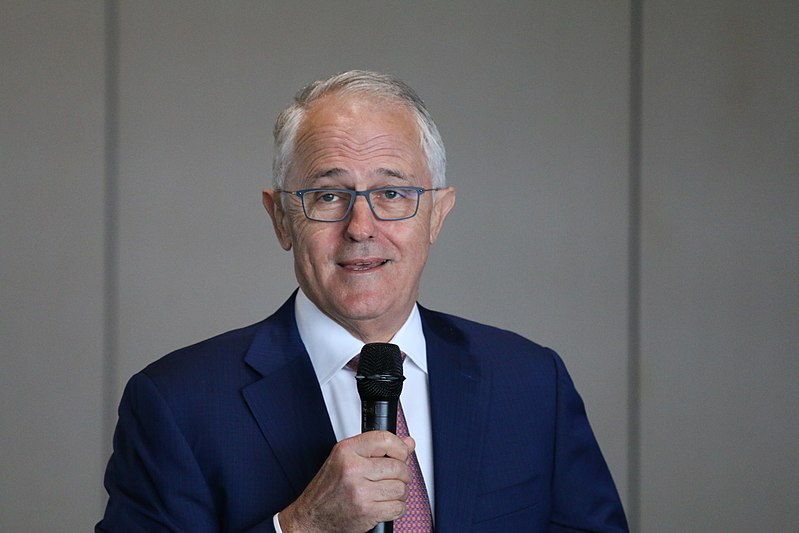 Malcolm Turnbull has put a dint in Boris Johnson’s post-Brexit trade ambitions, warning that Australia is “not a substitute for the EU”.

The former prime minister expressed his exasperation over Britain’s attempts to negotiate trade deals after Brexit in an interview on BBC Newsnight.

Speaking to Emily Maitlis, he said:

“The reality is that half of your trade, more or less, goes to the European Union. Britain’s trade with Australia is a very small percentage, as it is indeed with Canada, and other countries in the Commonwealth.

“It’s not a substitute for the European Union”

“The reality is we in Australia wish Britain the very best. We are great friends – when I was PM and the Brexit vote was carried I immediately said to David Cameron and then to his successor Theresa May that we will a free trade deal with you, and we look forward to it. But it’s not a substitute for the European Union.

“The problem that Britain faces today is simply this – in an age of rising protectionism the United Kingdom has chosen to walk out of the biggest free trade area in the world, and it’s economic prospects and trade prospects now depend on cutting new and better deals with a whole range of countries, not least of all is the EU itself, so it is a challenging time for you.”

Turnbull also hit out at Donald Trump – accusing him of being the biggest climate change denier in the world.

He said: “He uses the politics of fear when it suits him. Trump is the leading climate denier in the world. He’s leading the most influential nation in the world and he’s actively working against global action to reduce emissions.”

On the fires facing Australia he said that “the fundamental problem that we face is that in too many places – the United States in particular and also in Australia – is that this issue of global warming, or global heating, has been turned into an ideological issue or values issue when it’s simply a question of physics”.

“The more greenhouse gases you pump into the atmosphere, the more of the greenhouse effect you get, the warmer the planet gets. The consequences we are living with – hotter, drier climate, longer and more droughts, fiercer and more fires.”