There could be around 20 names in a first wave of fines, expected at some point today. 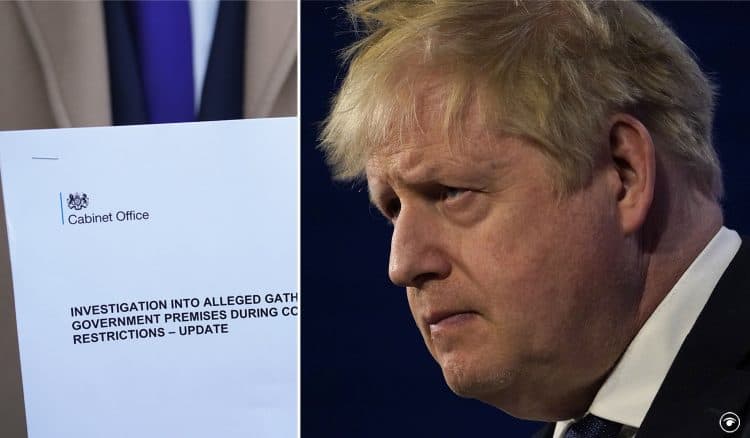 People who attended alleged lockdown-breaking parties at Downing Street and the Cabinet Office are reportedly braced for an initial tranche of fines from the Metropolitan Police.

The Guardian has suggested the fixed penalty notices (FPNs) will be issued “imminently”, while other outlets have reported they are due to surface soon.

The force is investigating 12 events, including as many as six Prime Minister Boris Johnson is said to have attended.

The Metropolitan Police said more than 100 questionnaires had been sent out to people at the reported gatherings.

They include a “bring your own booze” event, details of which were emailed to staff at No 10 by the Prime Minister’s principal private secretary Martin Reynolds in May 2020, and a surprise get-together for Mr Johnson’s birthday in June 2020.

Mr Johnson previously admitted he was at the “bring your own booze” event for 25 minutes – claiming he believed it was a work event – while Downing Street said staff “gathered briefly” in the Cabinet Room to mark the Prime Minister’s 56th birthday.

There was no official update from Downing Street or the Cabinet Office on Monday evening.

ITV’s Anushka Asthana said she had been told the first wave of fines could include “around 20 names”.

The Times reported the same total, adding that it was not thought Mr Johnson would be among them.

The Met said: “We’re not giving a running commentary and I would refer you to our statement from March 21 which is still on our website.”

That statement revealed detectives had started to interview people as witnesses, and said: “As yet, we have not made any referrals to the ACRO Criminal Records Office for the issuing of fixed penalty notices.”

On Monday evening, PA asked the Met if, as the Guardian first reported, the force had made any referrals, to which it responded that it was not going beyond the existing statement “at this time”.

Adam Wagner, a lawyer who has been examining Covid-19 regulations, said that under all versions of the regulations police “have the power to issue a fixed penalty notice if they ‘reasonably believe’ (someone) has committed a criminal offence”.

The human rights barrister tweeted: “Anyone who receives a Fixed Penalty Notice is someone who the police believe has committed a criminal offence – but instead of being charged, they get the chance to pay fixed amount of money within 28 days.

“How much? That is complicated and depends on (a) when the offence occurred (that is, under which regulations), (b) which offence (eg basic offence £100 but organising a gathering over 30 people can be £10k (c) whether the individual has had one or more FPNs before.”

In January, civil servant Sue Gray published a report into the allegations of the parties, which said there were “failures of leadership and judgment” in parts of No 10 and the Cabinet Office while England was under coronavirus restrictions in 2020 and 2021.

The initial publication contained limited detail due to the police investigation.

It is unclear if a fuller report will come once the investigation concludes, with the Prime Minister’s official spokesman previously saying discussions were needed “with the Met and others about what is suitable”.

Following the publication of Ms Gray’s report, Mr Johnson apologised to MPs, adding: “I get it and I will fix it.”