“We’re going to be seeing a marked shift in the weather for the UK in the coming week," the Met Office announced.

by Jack Peat
in Lifestyle, Weather 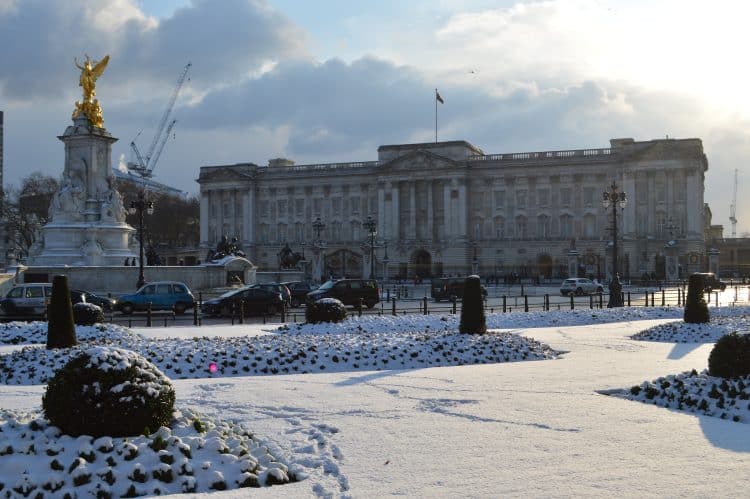 London is set to see snow on Thursday as temperatures plunge by as much as 13C in three days.

Last week, a heatwave saw the capital reach temperatures of up to 20C as barmy spring weather got local residents reaching for the sun cream.

The capital was warmer than holiday hotspots like Naples, Barcelona, Athens and Marrakech at one point, as blue skies and still conditions brought by an area of high pressure dominated the weather forecasts.

But the UK is set to turn colder this week, with showers for many and some sleet and snow, particularly on the high ground in the north.

According to weather.com, London could also be in with a chance of seeing snow on Thursday as temperatures drop as low as -1C at night.

The change in conditions is taking place as the high pressure – which has been responsible for the dry and mild weather of last week – shifts out to the south, introducing colder Arctic air in from the north.

Temperatures have already started to drop for most, but that trend will continue on Tuesday, with a cloudy day for most and a band of rain gradually moving southwards from the north of Scotland heralding a change to the colder conditions.

Met Office Chief Meteorologist Neil Armstrong said, “We’re going to be seeing a marked shift in the weather for the UK in the coming week as the warm weather is displaced south.

“Temperatures will drop as cold air sweeps south with single figure maxima for most places from mid-week, and bringing with it the unsettled weather that we’ll see for much of the week. Some clear spells are still around later in the week, with the best of any sunshine likely to be in the south later in the week.”

The drop in temperatures is a risk for some of the nation’s gardeners.

“Limited rain will help new sowings of peas and carrots for example and newly planted lettuces and other plants but should not greatly delay sowing and planting once conditions improve.

“Tender plants, petunias and tomatoes for example, won’t be put outside for another month at least but lower light affects greenhouses and will slow their growth.”