In December a similar tweet sparked a war of words with a Chinese state news reporter, who told him to "stop talking sh*t". 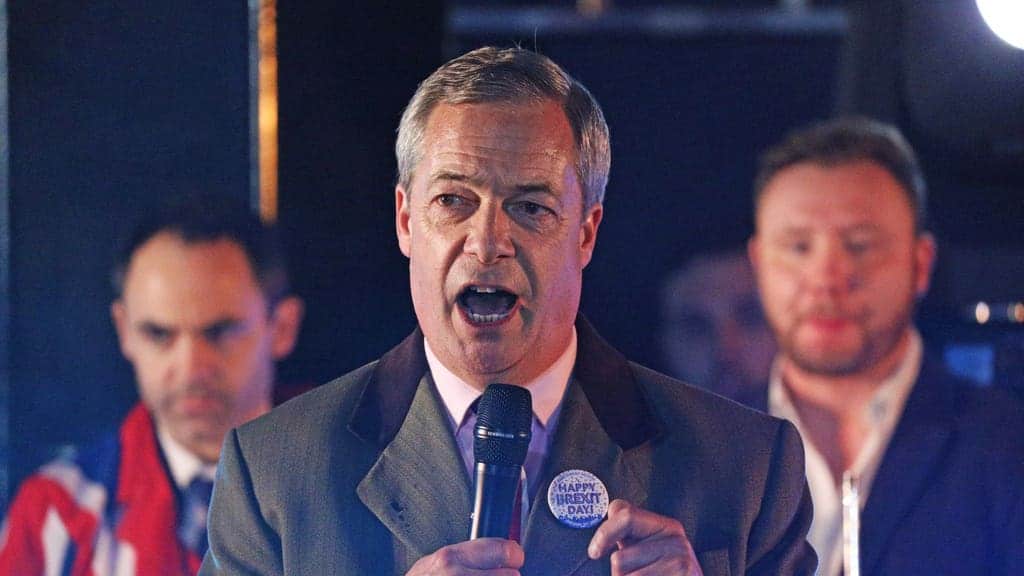 Nigel Farage came close to echoing his infamous Christmas tweet today after the government announced its roadmap out of lockdown.

A four-stage plan set out by Boris Johnson could see England’s coronavirus restrictions finally lifted by the end of June, with the first easing of restrictions to be rolled out in early March with schoolchildren returning to school and limited outdoor socialising allowed.

By 21st June at the earliest, it is hoped that all remaining restrictions on social contact will be lifted, allowing larger events to go ahead and nightclubs to finally reopen.

But not everyone was happy with the cautious route out of restrictions.

Nigel Farage tweeted “Easter is cancelled” shortly after the announcement in a repeat of a similar tweet sent out last year.

In December, as a new Covid strain started to dramatically increase infections, Johnson sent out a “stay at home” order covering London and most of the south and east of England, and drastically restricted plans for Christmas mixing.

Farage tweeted “Christmas cancelled. Thank you, China”, on the back of the proposals, prompting a furious response from a reporter at a state-run newspaper in the country.

China Daily’s Chen Weihua told him to “stop talking sh*t” and “wear a mask”, sparking a war of words with the former UKIP leader.

Perhaps that is why he stopped short of pointing the finger at the Chinese this time around?

The Chinese Communist Party don't like the truth and always respond aggressively.

They should pay the West reparations for this global disaster. https://t.co/7XlaLTY34Z