A China state-affiliated reporter called him "Trump's puppet" and a "big joke in Europe". 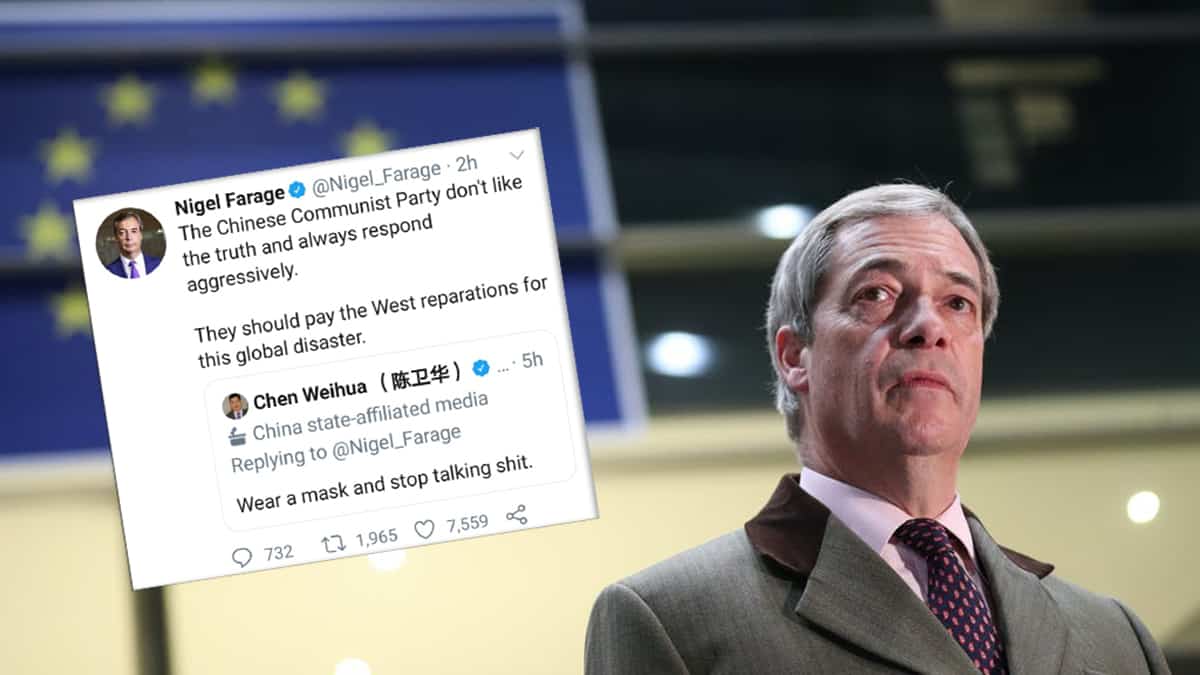 Nigel Farage was locked into battle with China Daily reporter Chen Weihua after he told him to “stop talking sh*t” on social media.

The reporter, who works for the newspaper owned by the Publicity Department of the Chinese Communist Party, hit out at the Brexit Party leader after he outrageously blamed the country for Christmas being cancelled.

The comments came shortly after Boris Johnson issued a new “stay at home” order covering London and most of the south and east of England, and drastically restricted plans for Christmas mixing, in response to a new, fast-spreading strain of coronavirus.

“We cannot continue with Christmas as planned,” he said, much to the bemusement of Farage, who pointed the finger at China.

But he was quickly reproached by Weihua, who called him “Trump’s puppet” and a “big joke in Europe”.

The Chinese Communist Party don't like the truth and always respond aggressively.

They should pay the West reparations for this global disaster. https://t.co/7XlaLTY34Z

He was widely lauded for the comments, with Meurig Parri saying “I don’t know who Chen Weihua is but he’s hit the nail on the head!”

Philip Wilmann added: “Well said from China with love… Wear a mask Nigel …. for the love of God!”