The devastating speech given to parliament in 2019 is going viral on social media. 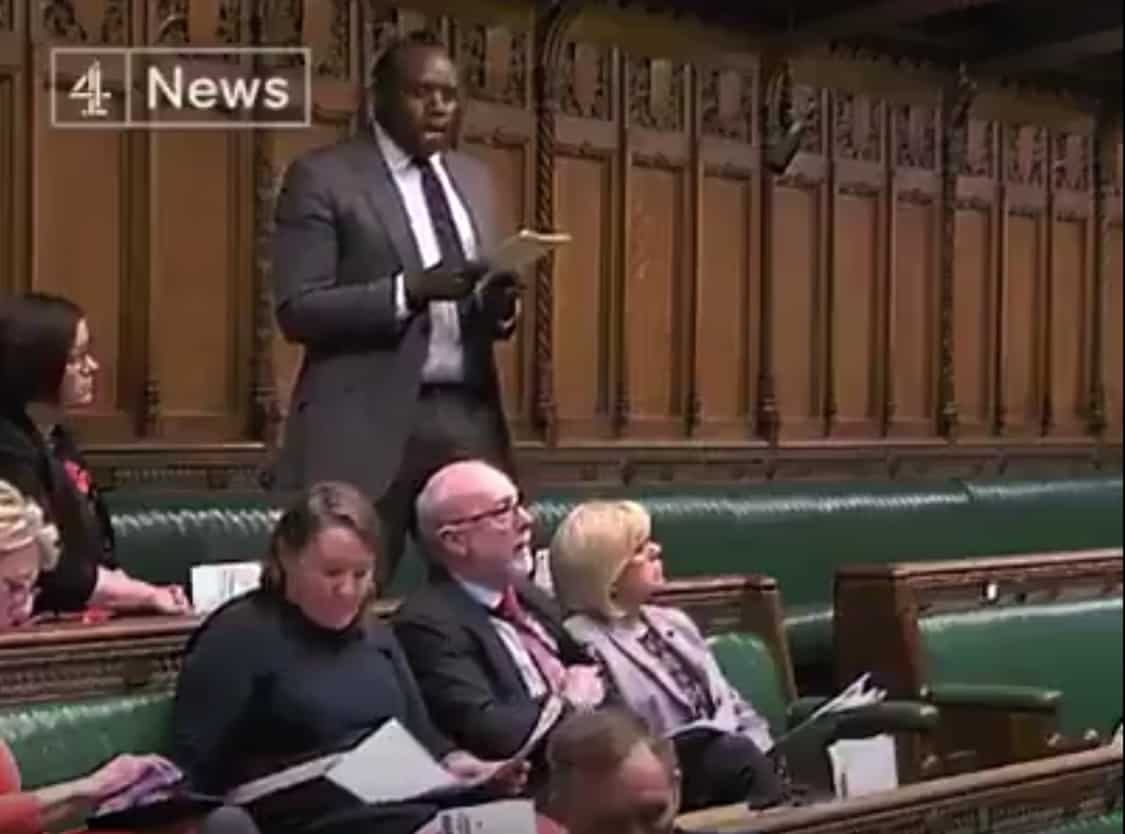 A speech made by David Lammy in parliament in January 2019 has gone viral on social media after every word was proved to be true by events which have unfolded since.

The Labour MP for Tottenham highlighted the “fundamental dishonesty at the heart of the Brexit debate” in an impassioned address.

He said that most MPs now recognise it in private, but do not say it in public that “Brexit is a con. A trick. A swindle. A fraud. A deception that will hurt most those people it promised to help. A dangerous fantasy which will make every problem it claims to solve worse.

“A campaign won on false promises and lies.

“Vote Leave and Leave.EU both broke the law. Russian interference is beyond reasonable doubt. And by now every single campaign promise made in 2016 has come unstuck.”

A report into Russian interference in the EU election showed that Britain failed to prepare for Moscow’s meddling in Brexit referendum.

The Independent said the report found no evidence of Russian interference over Brexit “because, despite four years of warnings, the Government hasn’t even looked for any yet”.

The Metro, on the other hand, featured an image of Big Ben amid Moscow’s Saint Basil’s Cathedral below the greeting “Welcome to Londongrad”.

Lammy also touched on the potential of a US trade deal “dismantling the NHS”, saying “Brexit will not enrich our NHS – it will impoverish it”.

An amendment designed to protect the NHS from being subject to any form of control from outside the UK in a future post-Brexit Trade Deal was voted down by 340 votes to 251 in parliament.

Debates around immigration were also raised by the Tottenham MP in 2019, when he said:

“And even those promises on immigration – which has so greatly enriched our country – are a lie. After Brexit immigration will go up, not down.

“When we enter negotiations with countries like India and China, they will ask for three things. Visas. Visas. And more visas. And they will get them because we will be weak.”

It was revealed that a post-Brexit FTA could give Turks special status when UK implements new migration rules.

That is despite Turkish immigration being used as a focal part of the campaign to Vote Leave.

On the issue of parliamentary sovereignty Lammy has once been proved to be bang on the money.

He said the “myth” of restoring parliamentary sovereignty has been shows to be a “joke”, with the Prime Minister “hoarding power like a deluded 21st century Henry the Eighth”.

“Impact assessments have been hidden. Votes resisted and blocked. Simple opponents of a government policy bullied and threatened to get into line.”

Emily Thornberry warned parliament has been denied a “voice and a vote” over future trade deals after ministers resisted a Tory backbench attempt to give Parliament a definitive say.

She said: “We have constantly warned that this Bill drives a cart and horse through the principles of parliamentary democracy, and nothing demonstrates that more than the story of its passage.

“Time and again last year, the flaws in this Bill were exposed and amendments were agreed in this House and in other places to correct them. But here we are tonight, with almost the exact same Bill. re-submitted and bulldozed through, with all its glaring flaws still intact.

Mr Speaker, we are suffering from a crisis of leadership in our hour of need.

Today we must be bold, because the challenges we face are just as extreme. We must not be afraid to tell the truth to those who do not agree.

Friends on this side of the house tell me to appease Labour voters in industrial towns. The former miners, the factory workers, those who feel they have been left behind.

I say we must not patronise them with cowardice. Let’s tell them the truth.

“You were sold a lie. Parts of the media used your fears to sell papers and boost viewing figures.”

Nigel Farage and Boris Johnson exploited the same prejudice to win votes. Shame on them.

Immigrants have not taken your jobs. Our schools and colleges failed to give you skills. Hospitals are not crumbling because of health tourists, but because a decade of austerity ground them down to the bone.

You cannot afford a house because both parties failed to build – not because Mohammed down the road who moved in.

And wealth was hoarded in London – when it should have been shared across the country.

Blame us, blame Westminster. Do not blame Brussels for our own country’s mistakes. And do not be angry at us for telling you the truth.

Be angry at the chancers who sold you a lie. As Martin Luther King said long ago. “There comes a time when silence is betrayal.”

So just as I speak plainly to the government this time around, let me also speak to the opposition about some home truths. There is no left-wing justification for Brexit. Ditching workers’ rights, social protections, and ending environmental cooperation is not progressive.

This is a project about neoliberal deregulation. It is Thatcherism on steroids, pushed by her modern day disciples. Leaving the EU will not free us from the injustices of global capitalism: it will make us subordinate to Trump’s US.

Socialism confined to one country will not work.

Whether you like it or not, the world we live in is global. We can only fix the rigged system if we cooperate across border-lines. The party of Keir Hardie has always been International.

We must not let down our young supporters by failing to stand with them on the biggest issue of our lives.

If we remain in the EU, we can reform it from the top table.

Share the load of mass migration, address excesses of the bureaucracy, and fix the inequalities between creditor and debtors. We can recharge the economy. We can re-fuel the NHS. We can build the houses we need, after years of hurt.

Hope is what we need.