It comes as MPs in Britain were preparing to vote on the deal in a special sitting of Parliament called for Wednesday. 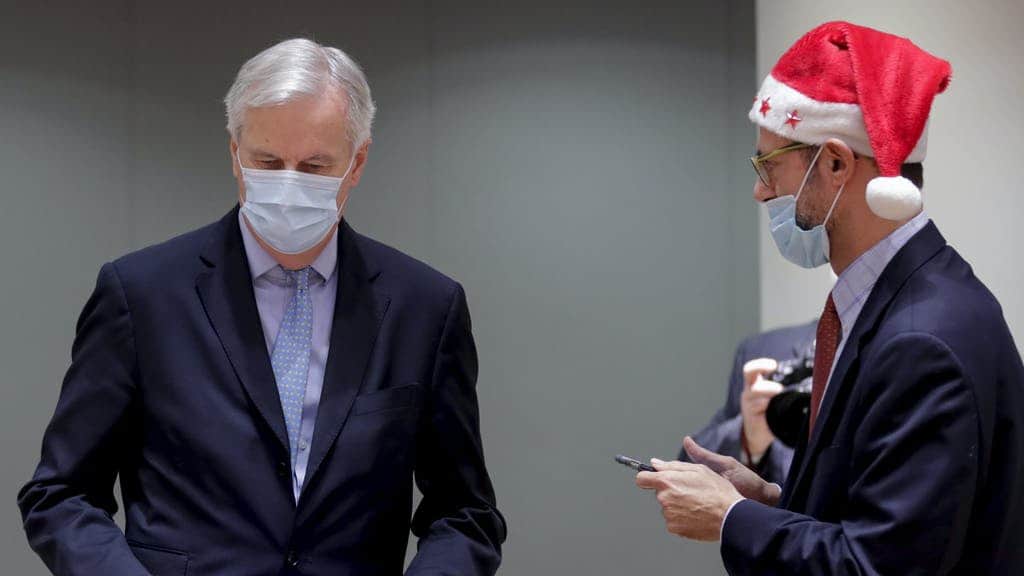 EU ambassadors have given provisional approval for Britain’s post-Brexit trade deal to be implemented from January 1.

A spokesman for the German EU presidency said the ambassadors had unanimously agreed to “green light” the settlement hammered out on Christmas Eve.

The move paves the way for the agreement which allows for the continued tariff-free trade with the EU single market to take effect when the current Brexit transition period expires on Thursday.

‼️Green light for #BrexitDeal: EU Ambassadors have unanimously approved the provisional application of the EU-UK Trade and Cooperation Agreement as of January 1, 2021.

“EU ambassadors have unanimously approved the provisional application of the EU-UK Trade and Cooperation Agreement as of January 1, 2021,” the spokesman for the German presidency said.

The European Parliament must also formally ratify the deal in the new year – although this will now apply retrospectively.

It comes as MPs in Britain were preparing to vote on the deal in a special sitting of Parliament called for Wednesday.

SNP MPs have said they will vote against Boris Johnson’s Brexit deal when it comes before the Commons, with Westminster leader Ian Blackford branding it a “disaster for Scotland”.

He said the agreement was an “unforgivable act of economic vandalism and gross stupidity”.

Scotland’s First Minister Nicola Sturgeon has already accused the Conservatives of having “sold out Scottish fishing all over again” in the Brexit treaty.

But Alister Jack, the Scottish Secretary, insisted it would deliver for all parts of the UK, as he urged all MPs from north of the border to “give it their wholehearted support”.

Labour leader Sir Keir Starmer has said the party will vote in favour of the Government’s “thin” EU deal, saying that no deal is simply not an option.

The fervent pro-European said it was “in the national interest” to support the agreement despite concerns over the terms negotiated by the Government.

Sir Keir said: “At a moment of such national significance, it is just not credible for Labour to be on the sidelines.

“That is why I can say today that when this deal comes before Parliament, Labour will accept it and vote for it.

“But let me be absolutely clear – and say directly to the Government – up against no deal, we accept this deal, but the consequences of it are yours.”

Related: Brexit deal means ‘protections for workers,climate and the environment at serious risk of being eroded’