“They will see that there’s no messing here, we’re not bluffing, that once you cross the rubicon, there are consequences.” 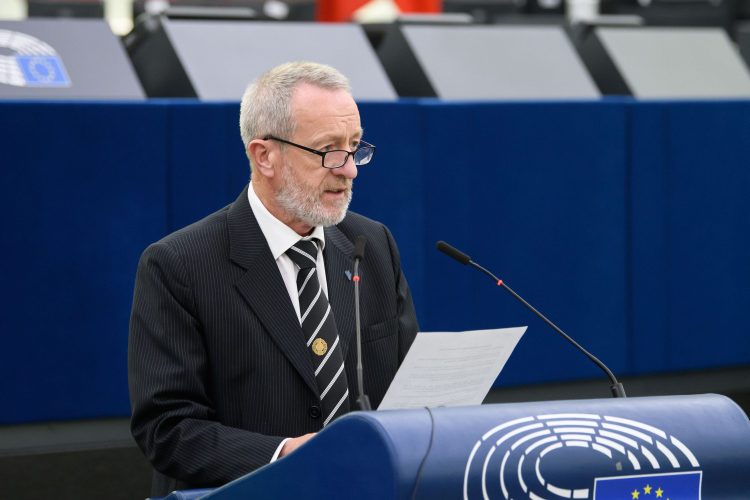 The EU has drafted legislation that aims to strengthen the bloc’s hand in taking action against the UK over possible breaches of the Brexit Withdrawal Agreement and EU-UK trade deal.

It comes weeks after the UK tabled legislation to give ministers powers to override elements of the Northern Ireland Protocol, which was jointly agreed by the UK and EU as part of the Brexit Withdrawal Agreement to keep the Irish land border free-flowing.

Fine Gael MEP for Ireland South Seán Kelly has been appointed lead author in finalising the draft legislation, which looks at the measures contained in the post-Brexit trade deal on what retaliatory action can be taken if one side does not adhere to its obligations.

“So basically, we will put on the table the steps that will be taken if they continue down this path, and giving the opportunity to the Commission on how to do it,” he told the PA news agency.

“They will see that there’s no messing here, we’re not bluffing, that once you cross the rubicon, there are consequences.”

Mr Kelly said the UK under Boris Johnson has become “an unreliable diplomatic partner”, and that the EU needs the appropriate tools to protect itself.

“The UK is not coming to the table and they’re playing games for political reasons.

“I would hope and I almost believe that the UK would pull back from the brink.”

He said that negotiations about red and green lanes would follow if the UK did pull back from tabling legislation that seeks to change the Northern Ireland Protocol.

When asked whether the EU expected this unilateral response from the UK after years of fraught Brexit negotiations, Mr Kelly said: “You were kind of… but you were thinking that it was a bit too extreme for a responsible government to break its own word.”

“‘Take back control’ was a wonderful phrase that meant nothing,” Mr Kelly added.

The draft regulation establishes rules and procedures to govern the EU rights under both Brexit agreements, which if triggered if may result in the suspension of certain obligations under the agreement concerned.

“If there are breaches to the agreed trading conditions, with this regulation the Commission will have the power to impose restrictions on trade, investment or other activities falling within the scope of the Trade and Cooperation Agreement.”

“The bill in the House of Commons has to go through two or three hearings and they could take ages, so we’ll be finalised in plenty of time if the doomsday scenario transpires, and they’ll know where we stand.”

The European Council and European Parliament would then have to approve the actions that are to be taken.

Mr Kelly said that this would prevent a further “gaffe” when the European Commission controversially suggested in early 2021 that Article 16 of the Protocol could be triggered in response to a row with the UK about Covid-19 vaccine supplies.

“So that won’t happen on this occasion, everything will be above board, according to the treaties,” he said.

When asked whether reports of an EU ‘hit list’ of tariffs that would hurt Boris Johnson in key constituencies, Mr Kelly said that he hadn’t heard of that.

“I’d say it would be hard to do and it would be maybe a little bit petty too perhaps, at this point.”

When the draft legislation is finalised in the coming weeks, the European Parliament’s report on the new regulation will be presented for vote at committee before progressing to a full plenary vote.