By contrast, Scottish Water - which is publicly owned - has invested nearly 35 per cent more per household in infrastructure than the privatised English firms, charging 14 per cent less and not paying out dividends. 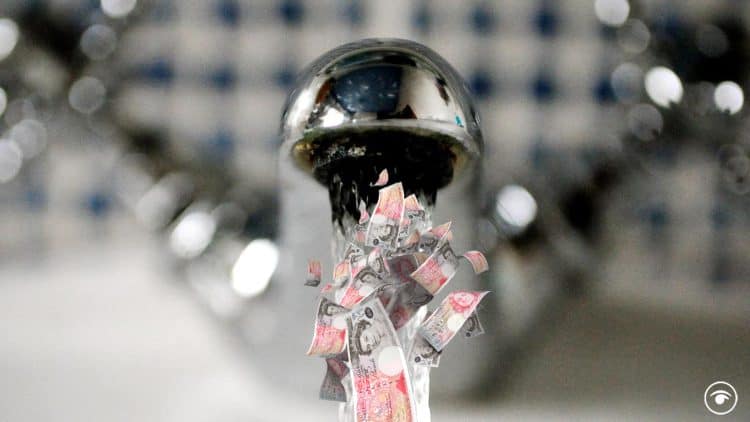 English water companies – under scrutiny for dumping raw sewage in rivers and seas – have handed more than £2 billion on average to shareholders since they were privatised three decades ago.

The government this week announced a partial U-turn over the controversial sewage amendment, after Tory rebels threatened to scupper a crunch Commons vote.

Under new rules, there will be a duty on water companies to reduce the impact of sewage discharges from storm overflows. Organisations will be required by law to show a reduction in sewage overspills over the next five years.

Last week, despite 22 Tory MPs rebelling against the government, the Commons rejected an amendment to the environment bill that would have placed a legal duty now after companies not to pump sewage into rivers, sparking a backlash from constituents.

To stop this happening, water companies are allowed to release the rainwater and a smaller amount of untreated sewage, into the country’s waterways.

The Environment Agency has reported that, in the last year, raw sewage was discharged into coastal waters and rivers in England more than 400,000 times, which Defra has branded “unacceptable”.

And it emerged last year that payouts in dividends to shareholders of water companies between 1991 and 2019 amounted to £57 billion – nearly half the amount spent on maintaining and improving the country’s pipes and treatment plants in the same period.

Directors’ pay has also soared, The Guardian reported. The earnings of the nine water companies’ highest-paid directors rose by 8.8 per cent in 2019, to a total of 12.9 million. The highest paid CEO was at Severn Trent, taking home a salary package of £2.4 million.

By contrast, Scottish Water – which is publicly owned – has invested nearly 35 per cent more per household in infrastructure since 2002 than the privatised English firms, charging 14 per cent less and not paying out dividends.

Dieter Helm, a professor of economic policy at Oxford University, told the newspaper that water companies could not be blamed for exploiting the system.

“The water companies behaved exactly how we believe a commercial company does behave. The question is, do we expect capitalists to behave like capitalists? What we have seen is a complete regulatory failure to control the companies,” he said.

The government’s climbdown came in the face of a further defeat in the House of Lords, amid a legislative tussle over the Bill, as the UK prepares to host the Cop26 global climate summit in Glasgow from October 31.

Peers had been poised to again back the measure proposed by independent crossbencher the Duke of Wellington and so send it back to the elected house for MPs to think again as part of parliamentary ping-pong, where a piece of legislation moves between the two Houses until agreement can be reached.

Speaking in the Lords on Tuesday, environment minister Lord Goldsmith of Richmond Park said there was “rightly concern” at Westminster and among the public over the “unacceptable frequency with which sewage is discharged from storm overflows into our rivers, lakes and our seas”.

Pointing to a series of steps being taken to tackle the problem, he said claims the government and its MPs supported the dumping of sewage into waterways was “factually incorrect”.

But having listened to concerns, he added: “I am absolutely delighted to confirm that the government will bring forward an amendment in lieu in the Commons at the next stage.

“It will place a direct legal duty on water companies to progressively reduce the adverse impact of storm overflows.”

Related: Rail fares could rise by 4.8% in January as taxes get slashed on domestic flights