It comes after the President claimed he won Michigan by "a lot", despite officially losing it by 154,000 votes. 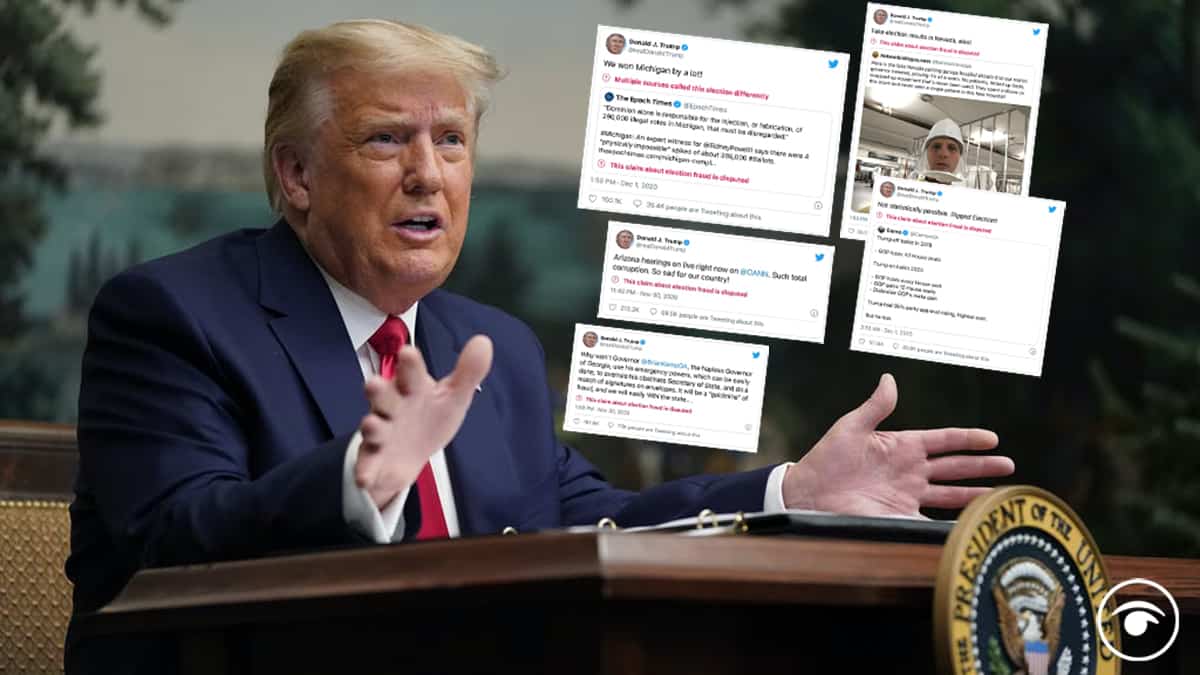 Donald Trump hit a record-breaking milestone this week after his total number of electoral college votes was surpassed by flagged and censored tweets.

The outgoing President has had difficulty coming to terms with the election result after launching legal campaigns in several close-run states.

Wisconsin and Arizona today certified their presidential election results in favour of Joe Biden, with recounts only adding more numbers to the Democrat camp.

Last month Michigan election officials also certified Biden’s 154,000-vote victory, even though Trump claimed to have won the state “by a lot”.

We won Michigan by a lot! https://t.co/D6inAewQxP

His latest Twitter spat follows several weeks of posting unverified information, with the social media platform having to step in on election night and the days proceeding to stop the spread of misinformation.

Since the election day on 3 November, Trump tweets or retweets have been flagged or censored 209 times by Twitter. Around 26 of these have since been deleted.

If you combine all of these, including the retweets, with the handful of times that Trump was flagged on Twitter in the months prior to the election the current total is more than 230 tweets – or the amount of electoral college votes he won.

Here is some visual proof for you.

Trump was never running against Biden.

He was running against voter fraud.