“Today’s ruling sets a dangerous precedent not just for the rights of trans young people, but for all young people." 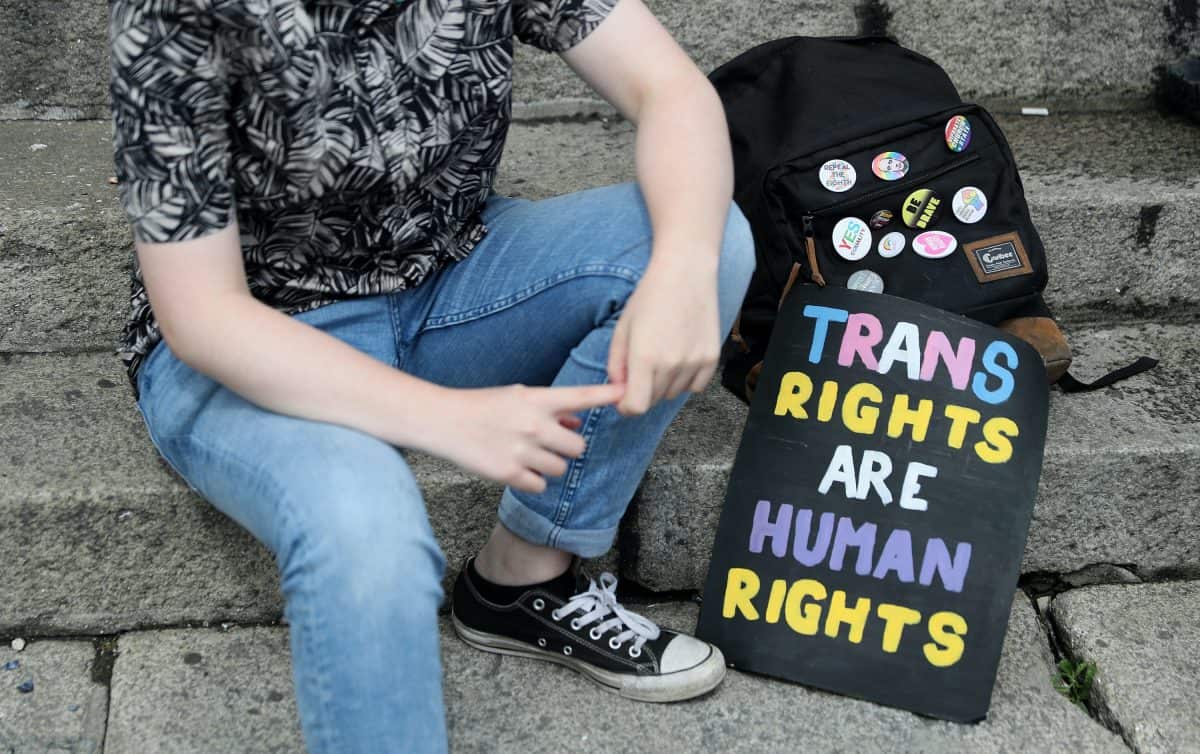 A landmark ruling at the High Court over the use of puberty blockers sets a “dangerous precedent” for all young people accessing medical treatment, LGBT campaigners have warned.

Ms Bell, who began taking puberty blockers when she was 16 and later transitioned to male before “detransitioning”, brought the claim alongside Mrs A, the mother of a 15-year-old autistic girl who is currently on the waiting list for treatment.

On Tuesday, Dame Victoria Sharp, sitting with Lord Justice Lewis and Mrs Justice Lieven, ruled children under 16 can only consent to having puberty blockers if they are able to understand the nature of the treatment.

However, the judges said in their ruling: “It is highly unlikely that a child aged 13 or under would be competent to give consent to the administration of puberty blockers.

“It is doubtful that a child aged 14 or 15 could understand and weigh the long-term risks and consequences of the administration of puberty blockers.”

They added that while there is a “presumption” that young people aged 16 and over have the ability to consent to medical treatment, doctors may still wish to consult the court before beginning treatment with puberty blockers.

LGBT charity Stonewall said the ruling was “deeply concerning and shocking”, arguing it could have a “significant chilling effect” on young trans people’s ability to access timely medical support.

Nancy Kelley, the charity’s chief executive, added the judgment provides a “green light” to those who want to roll back the healthcare rights of all young people, potentially including rights to abortion and contraception.

She said: “Today’s (Tuesday) ruling sets a dangerous precedent not just for the rights of trans young people, but for all young people.

“Not only do we disagree that trans young people cannot understand the implications of treatment, but we’re worried this judgment risks eroding Gillick competency more broadly.”

Gillick competence refers to a 1985 judgement of the House of Lords, which is considered if a child wishes to receive medical treatment without their parents’ consent or knowledge.

Ms Kelley continued: “Gillick established that people under the age of 16 can be capable of sufficiently understanding and consenting to medical treatments, like abortion or contraception, including understanding their long-term physical and psychological consequences.

“The lawyers representing the claimants said they want to push Gillick to ‘breaking point’.

“This judgment gives a green light to those who want to use this as an opportunity to roll back not just the healthcare rights of trans young people, but the rights of all young people.”

Ms Kelley also highlighted that the average onset of puberty for children in the UK is 11 for girls and 12 for boys.

She said: “For decades, hormone blockers have been used to pause puberty for children experiencing precocious puberty.

“They also play a vital role in helping to alleviate the distress many trans young people experience and offer much-needed time to questioning young people to explore their identity.

“Denying this vital support is not a neutral act and can be deeply harmful to trans young people.”

Ms Kelley called on the NHS to provide clarity to trans young people and their families on how they can continue accessing care.

An NHS spokesperson said: “We welcome the clarity which the court’s decision brings. The Tavistock have immediately suspended new referrals for puberty blockers and cross-sex hormones for the under-16s, which in future will only be permitted where a court specifically authorises it.”

Speaking after the judgment, Lui Asquith, from the trans children’s charity Mermaids, told the PA news agency the ruling was a “potential catastrophe” for trans young people.

They added: “It cannot be exaggerated the impact that this might have, not only on the population of trans young people that require hormone blockers, but it may potentially open the floodgates towards other questions around bodily autonomy and who has the right to govern their own body.”

Dr Peter Dunne, a senior lecturer at the University of Bristol Law School, said the judgment was “very significant”, with the potential to reshape provision of gender-affirming healthcare.

He added: “Although the High Court acknowledges that puberty blockers are appropriate for some trans and non-binary children, the judges expressed deep scepticism that minors under the age of 16 years could provide the necessary consent for treatment.

“Taking a different position from courts in other commonwealth countries, today’s judgment is likely to reduce the number of children receiving care through the NHS. While some will celebrate the decision as a victory for child protection, others may ask whether child welfare is really served by creating additional obstacles to much-needed care.”