The PM will “attempt to get his premiership back on track” this week following the sensational exit. 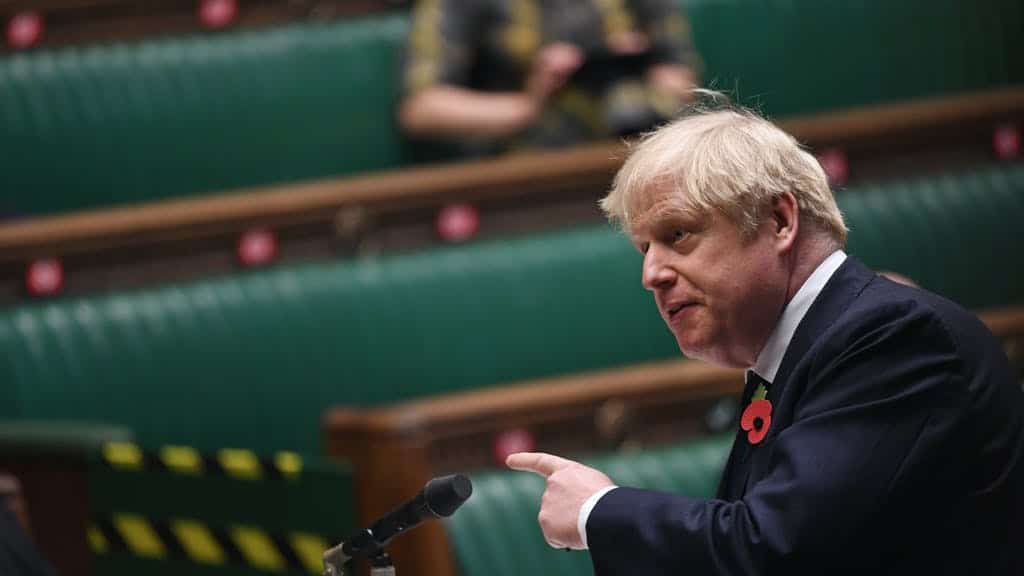 A source close to Carrie Symonds has revealed the true nature of Dominic Cummings’ departure after the Prime Minister’s chief aide was sensationally booted out of Number 10.

Several conflicting messages appeared in the newspapers this weekend as reporters jostled to get to the bottom of the premature departure.

The Sun reported there was a “shouty” confrontation between Mr Johnson and Mr Cummings over the ousting of communications director Lee Cain and that a “livid” Prime Minister wanted both out “sooner rather than later”.

The BBC claimed Mr Cummings’s departure had been brought forward given the “upset in the team” and that the PM wanted to “clear the air and move on”.

It was also suggested the PM was angered by claims a faction headed by Mr Cummings and Mr Cain had been “briefing against him” and Carrie Symonds.

But according to a source close to the Prime Minister’s fiancee, the real reason behind the departure is that Cummings was behind the scandalous lockdown leak earlier this month which had resulted in an internal inquiry to dig out the culprit.

A furious Johnson had to apologise to Conservative MPs after multiple newspapers learned of the PM’s intentions in plunging England into another national lockdown.

In a WhatsApp message he said: “Folks – so sorry that you’ve had to hear about all this from the newspapers today.

“Let me assure you that the leak was not a no10 briefing and indeed we have launched an inquiry to catch the culprit. I had hoped to make the announcement in parliament on Monday but to avoid any further uncertainty I’ll now do a press conference from Downing Street this evening.”

One Tory MP, who received the message and asked not to be named, said numerous parliamentarians were angry that newspapers learned of the lockdown before a Commons announcement.

“A number of colleagues are fed up about the announcement finding its way into the media before it was announced in Parliament, but the main response is concern about the prospect of a new national lockdown,” the MP said.

It is understood that the inquiry had dug up one name, Mr Cummings, and that is why he was given the boot on Friday.

Time to get his “premiership back on track”

The Sunday Times has reported today that the PM will “attempt to get his premiership back on track” by establishing a policy board that will appeal to northern working class voters who helped Mr Johnson win last year’s general election.

The paper said the group will be chaired by the MP Neil O’Brien, who helped former chancellor George Osborne devise the northern powerhouse, and added Mr Johnson will meet the Northern Research Group of MPs on Monday to listen to their concerns.

It comes after leading Tory MPs urged the PM to use the change of personnel to “reset the Government” following complaints the party and Parliament were not being heard during the time Mr Cummings held sway.

He told Times Radio: “I consider that he’s created mayhem in government.

“The whole of his period in government has been marked by a slide in standards so that the Number 10 press office has been used as a vehicle for distributing smears, untruths and lies which was very obvious in the autumn of last year and the period around prorogation and the run up to the general election.

“This year it’s difficult not to say that he’s created nothing except chaos with the Prime Minister.

“Whether it’s the handling of Covid and his own behaviour, whether it’s the Internal Markets Bill because quite apart from being utterly wrong in violating international law, that has blown up in the face of the Government and led to a massive rebellion in the Commons and the House of Lords and something of a crisis associated with that.”