Last week a Taiwanese shipping firm had to bypass the port due to "serious congestion", with the ship's cargo unloaded in Rotterdam instead. 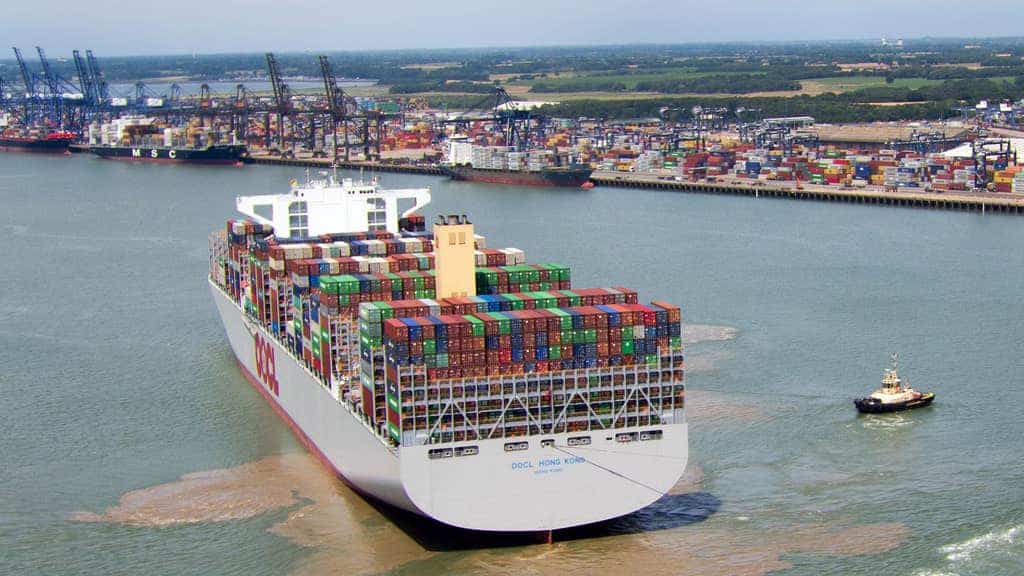 The Port of Felixstowe is said to be in “chaos” as Christmas and Brexit loom.

Reports of ships having to be diverted to Rotterdam due to “unacceptable” delays have surfaced on the BBC, with several haulage companies complaining about the disorder.

Freight manager Matt Hudson warned that “if the chaos continues, increased shipping prices will be passed on to consumers”.

Mr Hudson, whose company distributes goods picked up at the port, said containers were being left on the quayside because haulage companies could not book a slot to enter the site.

“It’s delaying freight going into shops for consumers to buy,” he said. “Shops are struggling anyway at the moment because of the impact from the coronavirus.

“If retail outlets can’t sell what is actually en-route at the moment in time for Christmas, potentially they could lose even more money than they have done already this year.”

Two months ago, the former Transport Secretary Chris Grayling was hired to advise the port’s parent company Hutchison Ports Europe, which is based in London.

The register of MPs’ financial interests shows he’s being paid £100,000 for “around seven hours” of work per week.

Hutchison Ports has blamed pre-Brexit stockpiling and the pandemic for the delays, saying: “The imbalance in UK trade and Brexit stockpiling exacerbate current operational challenges and we are working with our customers and stakeholders to get through the current congestion.

“Performance at the port remains under pressure due to the Covid pandemic, high levels of import traffic, the large number of empty containers and a large amount of unusually long-stay containers held at the port.”

Last week, Taiwanese shipping firm Evergreen directed one of its ships to bypass Felixstowe because of “serious port congestion”. The ship’s cargo was unloaded in Rotterdam instead and ferried back to the UK via London’s Thamesport.

An Evergreen spokesman said the firm had been told by Felixstowe’s owner that a berthing slot – where cargo is unloaded – would not be available for up to 10 days after the ship’s scheduled arrival.

“Such a delay is totally unacceptable,” he said.