Reaction as the Prime Minister's chief aide is booted out of the front door. 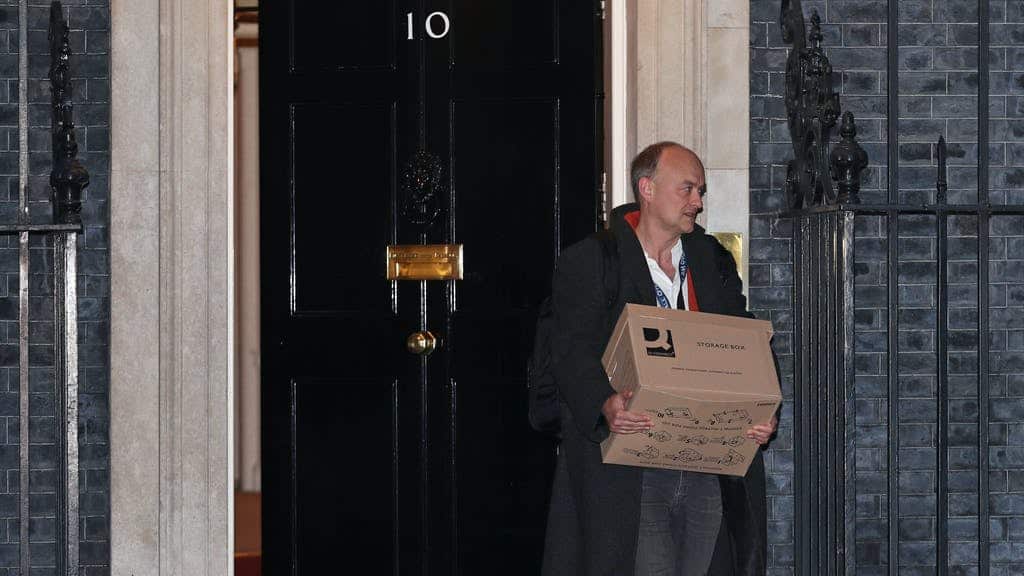 The dramatic events have come with Brexit headed to a crucial phase next week, as London seeks a trade deal with Brussels ahead of the end of the transition period on December 31.

Despite the controversy surrounding the two departures, Mr Cummings has said his “position hasn’t changed since my January blog”, in which he said he hoped to be “largely redundant” by 2021.

Conservative backbenchers have urged No 10 to use the exit of the aide – whose mid-lockdown trip to Durham cemented his notoriety – as an opportunity to restore several important values in the relationship between No 10 and Tory MPs.

Senior Tory MP Sir Bernard Jenkin said it was time to restore “respect, integrity and trust” to the relationship, elements which had been “lacking in recent months”.

“Briefing against the PM”

It was also suggested the PM was angered by claims a faction headed by Mr Cummings and Mr Cain had been “briefing against him” and his fiancee Carrie Symonds.

Meanwhile, shadow health secretary Jonathan Ashworth highlighted the strain being heaped on the NHS and the public by Covid-19 while “Downing Street is paralysed by the soap opera of these self-indulgent spin doctors”.

The Prime Minister’s official spokesman, James Slack, who will replace Mr Cain in the new year, insisted Mr Johnson is not being distracted from the national crisis by the row.

“What the Prime Minister and the Government are focused upon is taking every possible step to get this country through the coronavirus pandemic,” he said

The reaction on social media has been particularly fierce.

We’ve picked out some of the best responses below:

dominic cummings’ next job could be in cyber.

(he just doesn’t know it yet) pic.twitter.com/1pxKBb9BqZ

Dominic Cummings leaving Downing Street is much better when set to the Imperial March #DominicGoing pic.twitter.com/k1kZqFuH4q

Cummings leaving is even better to the Curb Your Enthusiasm theme. pic.twitter.com/lQulBV0XjP