Also Laura Kuenssberg and Michael Gove had a dance-off and rap battle ... 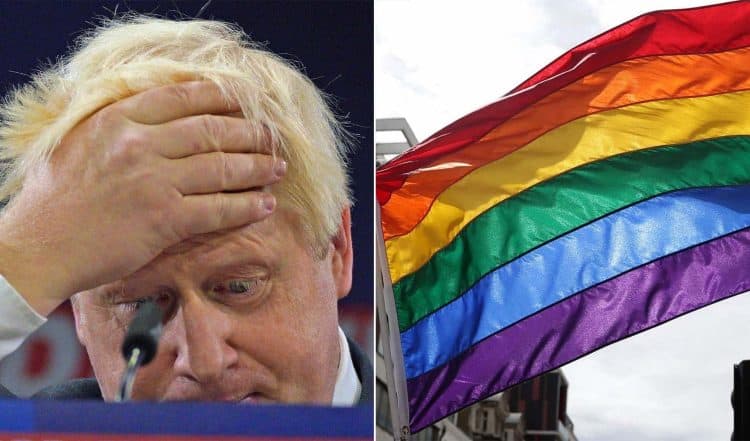 Boris Johnson opted to deliver a conference speech punctuated with jokey slogans and well-rehearsed attacks on opponents rather than detail new policy announcements.

It wasn’t much to write home about. The PM declared that the UK was doing great and will just keep getting better, while everyone outside this deluded bubble shook their heads and joined another petrol queue.

So what went on behind the scenes, well there was some Gove dancing, more of that later in the article, but first to the Tories’ LGBT+ stand.

Wss it a PR mistake or someone with a vendetta? We will never know.

Either way their conference stand was located a lot (section) 28.

This is very awkward given the Section 28 law that was passed by the Tory government in 1988. The law stopped councils and schools “promoting the teaching of the acceptability of homosexuality as a pretended family relationship.”

The law, brought in by the then PM Margaret Thatcher. It was finally repealed in Scotland in 2000, and the rest of the UK in 2003.

The LGBT+ stand issue might just be unfortunate, but this is the epitonmy of cringe. Gove dancing around, like he probably did in his marching powder days.

Then Laura Kuenssberg and Michael Gove had a dance-off and rap battle at Tory conference. BBC’s Lewis Goodall then sang Dancing Queen and said “have we got any Tory Scum in the audience?”