"You can tell that the dressing room's gone and that’s sadly where we’ve ended up." Is he talking about Jose or Starmer? 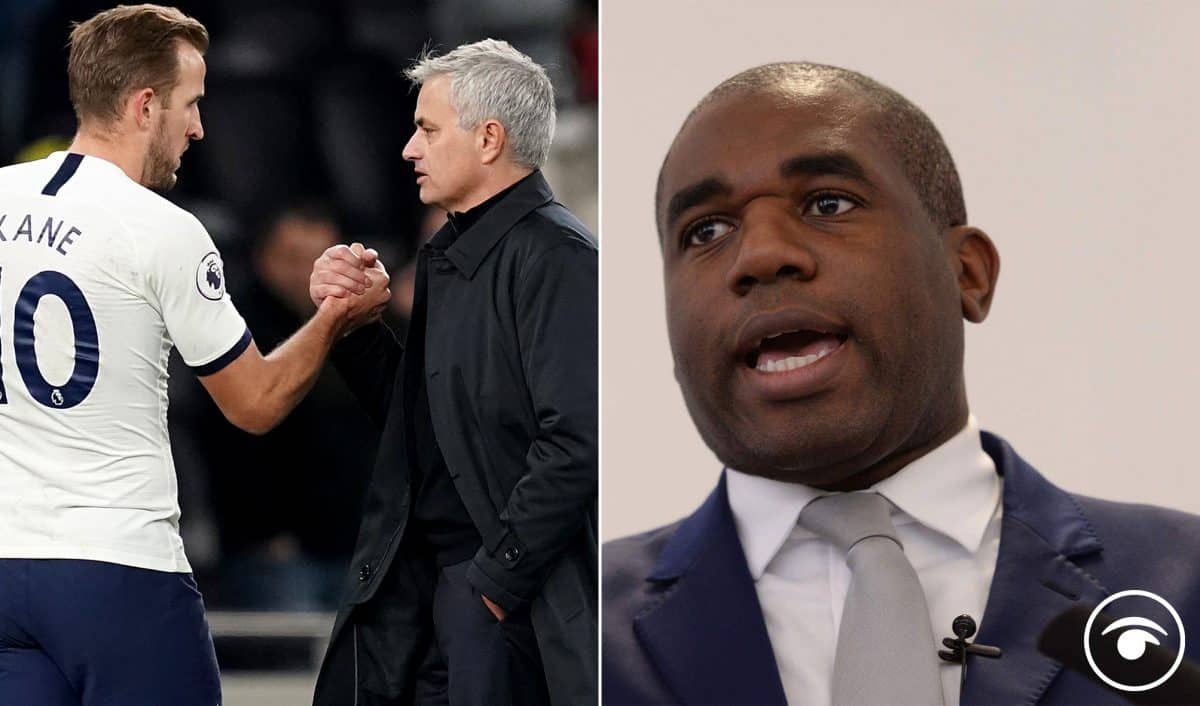 MP David Lammy says the Labour Party are like Tottenham Hotspur – because they ”don’t quite make it”.

Lammy, 48, Labour MP for Tottenham since 2000, said his beloved Spurs’ up and down form is much like his own political party.

David was speaking on Alastair and Grace Campbell’s podcast Football, Feminism and Everything In Between.

He said: “My love affair with Spurs is a bit like the Labour party. You go and don’t quite make it – it’s like snakes and ladders.

David, born and raised in Tottenham, is not a huge fan of the ‘special one’ – Spurs coach Jose Mourinho.

“This was our season,” he added. “But I did think Mourinho’s ego is too big.

”He’s past it. You can tell that the dressing room’s gone and that’s sadly where we’ve ended up.

“So, yet again, the season that should be ours isn’t going to be.”

Trade unions have appealed for unity ahead of May’s Holyrood elections as Anas Sarwar takes over as leader of Scottish Labour.

The Glasgow MSP defeated Monica Lennon in the contest to succeed Richard Leonard after his shock resignation in January.

Mr Sarwar’s victory makes him the first person from an ethnic minority background to lead a party in the UK.

Within minutes of his election, the TSSA and shop workers’ union Usdaw released statements calling for the membership to unite behind Mr Sarwar ahead of the poll in just ten weeks.

Labour are currently languishing in third place behind the Scottish Tories in the polls, with a recent Ipsos Mori survey putting support for the party at 15% in the constituency vote and 14% in the regional list.

Stewart Forrest, divisional officer for Scotland at Usdaw – which nominated Mr Sarwar for the top job – said: “Usdaw nominated Anas Sarwar for leader because we believe he is the right person to rebuild Scottish Labour and then rebuild Scotland.

“So we are delighted that he has won the support of Labour members and affiliated supporters.

“Usdaw members, their families and working people across Scotland need a strong Labour Party in the Scottish Parliament and across the country, speaking out for them on their issues.

“With the election coming in May, it is crucial that Scottish Labour comes together behind the new leader and puts forward a positive message to the country.”

Related: Lisa Nandy on fire as she takes down ‘ungradeable’ Williamson and calls out Hancock’s cronyism