“Everyone in Northern Ireland should have an equal voice and right to be heard.However, this must not be channelled through illegal paramilitary organisations." 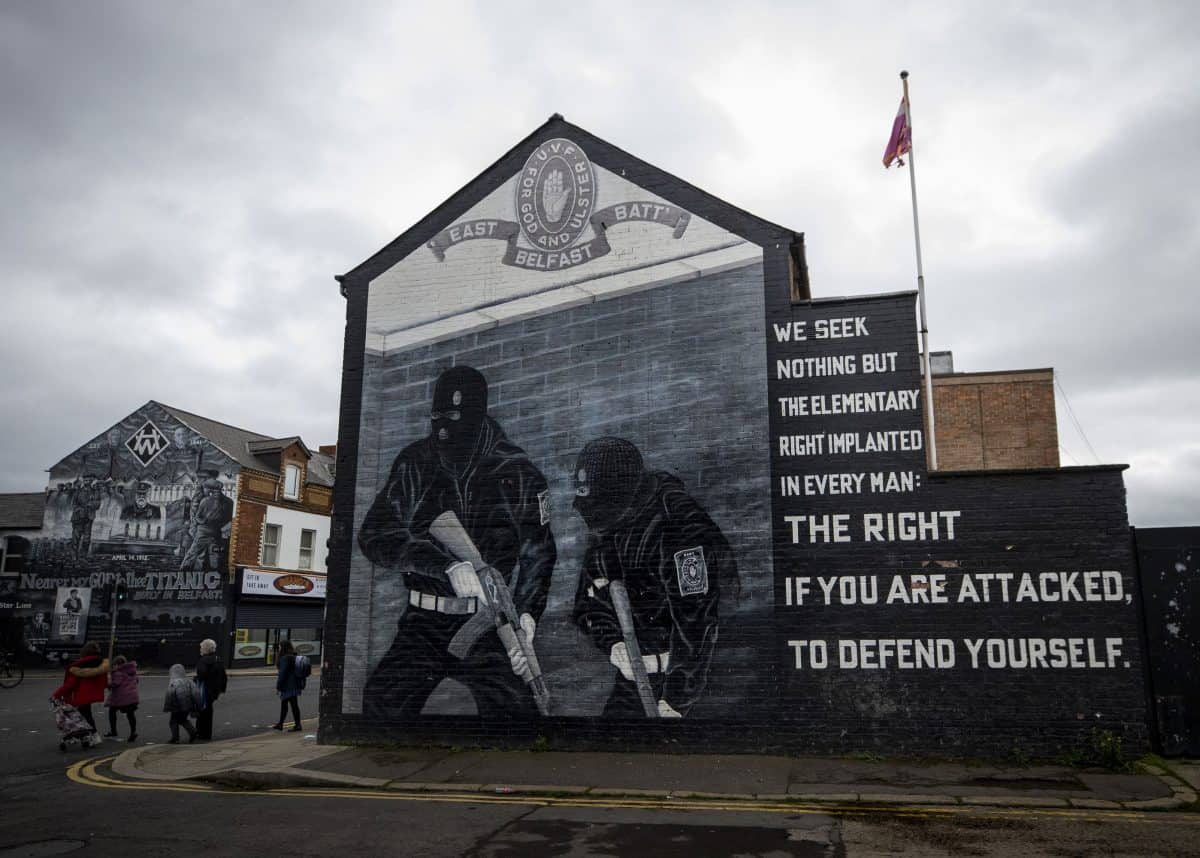 Arlene Foster has been accused of legitimising loyalist paramilitaries after meeting with a body representing outlawed terror groups to discuss tensions around the Northern Ireland Protocol.

The DUP leader and Stormont First Minister has rejected the suggestion her engagement with the Loyalist Communities Council was inappropriate, insisting it was important to give a voice to all sections of the loyalist and unionist community.

Mrs Foster and senior colleagues met with the LCC on Thursday to discuss the ongoing controversy over disruption caused by post-Brexit trading arrangements between Great Britain and Northern Ireland.

The meeting came amid anger among loyalists over the NI Protocol, which necessitates checks on goods entering Northern Ireland from the rest of the UK.

They claim it has driven an economic wedge between the region and Great Britain and has undermined the Union as a result.

The LCC is not an illegal organisation but it does represent three outlawed paramilitary groups, the Ulster Defence Association, the Ulster Volunteer Force and the Red Hand Commando.

It contends that it also represents other people and viewpoints within the wider loyalist and unionist community in Northern Ireland.

The cross-community Alliance Party has heavily criticised Mrs Foster’s decision to meet the council, claiming the engagement sent out a signal that paramilitaries had a role to play in shaping society.

“Everyone in Northern Ireland should have an equal voice and right to be heard.

“However, this must not be channelled through illegal paramilitary organisations.

“It is supposed to be the formal policy of the Executive to eliminate paramilitarism via its anti-paramilitary action plan.

“Meetings like this instead give the impression that paramilitary organisations are legitimate stakeholders.

“When people are striving to end the coercive control and intimidation of paramilitaries, this approach is self-defeating.”

Mrs Foster defended the meeting at a post-executive press conference on Thursday.

Asked whether she thought the engagement was appropriate, she replied: “Absolutely and I will do so again because it’s important that all communities have a voice in the political process.

“I am absolutely a constitutional and political politician and therefore it is important that I listen to all voices in the loyalist and unionist community.

“I was very pleased to meet with the LCC today and to hear their concerns from their own community, to listen to those concerns, shared concerns about the protocol, about the status of the United Kingdom, about the Belfast agreement.

“So those conversations will continue.”

Officials from the Northern Ireland Office also recently engaged with the LCC.

Tony Blair’s former No 10 chief of staff Jonathan Powell facilitated efforts to set up the council in 2015.

He portrayed the initiative as an effort to bring loyalists in from the cold and help them speak with a united voice in efforts to tackle criminality and participate more fully in the peace process.