"David Davis is the living embodiment of Brexit,' wrote one person as he appeared on Sky News from the Houses of Parliament." 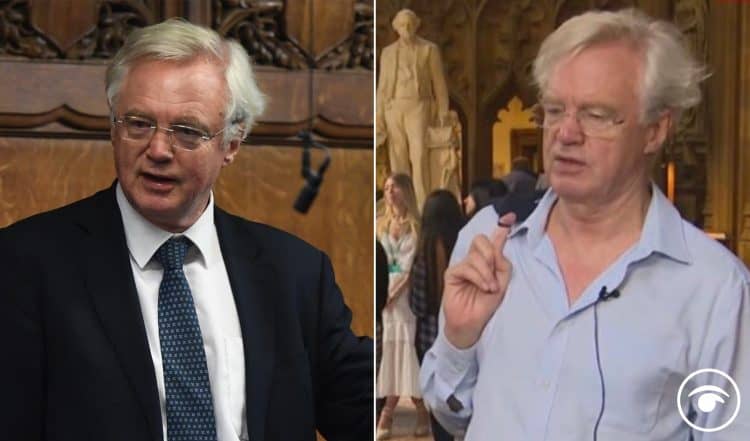 It is hot and everyone is trying to keep cool, but one senior Tory maybe took it a bit too far when he appeared Sky News.

There are rumours the Brexit failure had been on a night out, the day before.

Either way David Davis was definitely feeling the heat in the Commons in more ways than one.

And you could be seeing even more sweaty MPs as it is getting hotter.

An “amber” extreme heat warning for much of England and Wales is in place for Sunday, Monday and Tuesday, with temperatures likely to peak in excess of 35C (95F) in southern, central and eastern areas of England.

More widely in the area covered by the warning, temperatures are expected to be as high as 32C (90F), the Met Office has said, with Tuesday expected to see the peak in heat.

The Davis appearance was just too easy to miss:

And this video is a bit odd:

Related: Watch: Iain Duncan Smith forgets how long the Tories have been in power