"This makes me want to vomit," wrote one person after watching the clip. 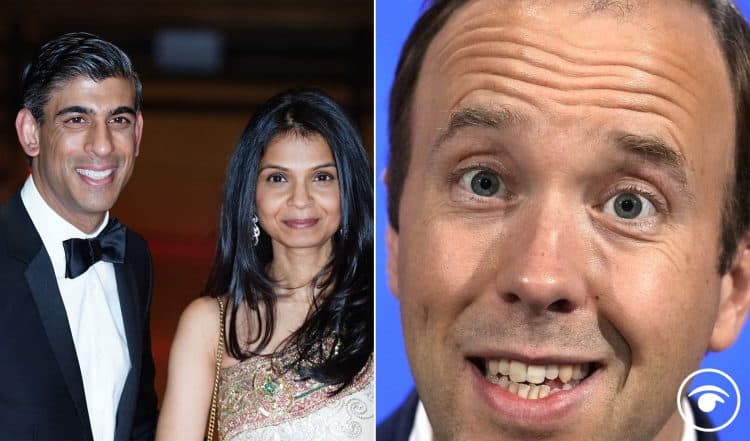 Don’t panic turtle and brass-necked Matt Hancock is not standing to become the next PM.

Instead, he has thrown his hat onto Sunak instead.

He told Channel 4 News that “He (Sunak) wants to make sure others can have the same life that he did.”

For more reasons they we can mention this is simply not possible.

He went to top private schools, Oxbridge, became an investment manager and married a billionaire.

According to Forbes there are 2,668 billionaires, so for a start the numbers don’t add up, from the ex-Chancellor…

Also workers in the UK are set for the worst “real wage squeeze” among leading economic nations, according to a new report.

The TUC said its research suggested real wages in the UK are forecast to shrink by 6.2%, or £1,750, over the next two years, the highest figure of any G7 economy.

Pay growth will bounce back faster in other countries, with UK workers suffering the longest and harshest pay squeeze in modern history, said the union organisation.

The leadership race is becoming a very bitter affair.

Suella Braverman accused Penny Mordaunt of failing to stand up for women and of not being an “authentic Brexiteer” after being dumped out of the Tory leadership race.

The Attorney General singled out Ms Mordaunt, one of the frontrunners in the increasingly bitter battle for No 10, for her apparently supportive stance on trans rights issues.

Ms Braverman failed to win sufficient support of her Conservative colleagues on Thursday to progress to the next round of the race to succeed Boris Johnson.

Oh, and there is always this video…

Related: David Davis looks a mess in Parliament and the memes almost made themselves