The Leader of the Recyclons says that the mayoral race needs shaking up and has vowed to ‘take out the trash’. 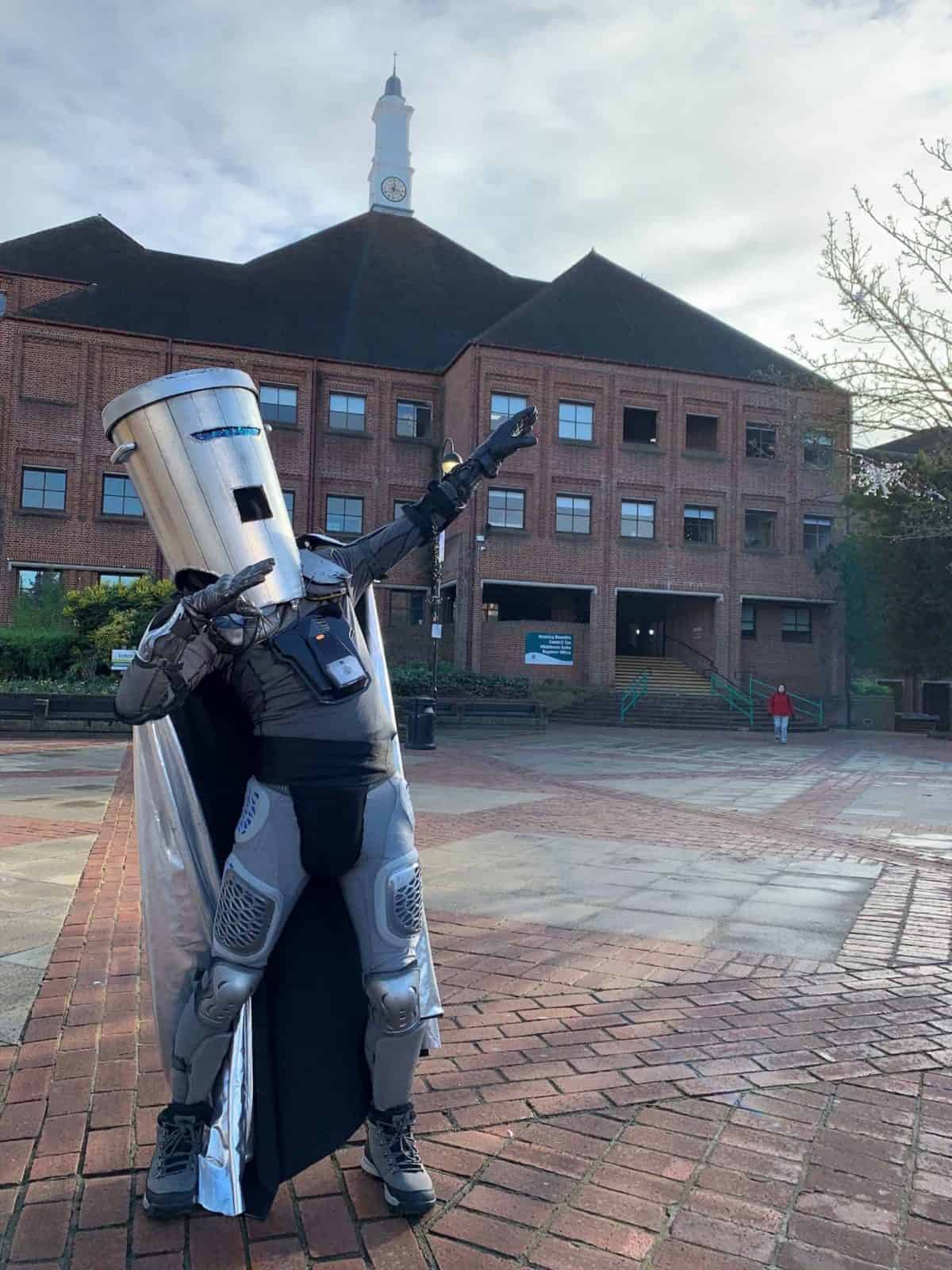 Undated Count Binface handout photo of himself, played by Jon Harvey, who has predicted Boris Johnson may endure a similar fate to Theresa May this week.

Count Binface has announced plans to run in the election for mayor of London.

The self-proclaimed interplanetary space warrior, who challenged Boris Johnson in the 2019 general election, says that the mayoral race needs “shaking up” and has vowed to “take out the trash”.

The campaign was launched on Thursday in a video in which the Count said he would “throw his bin into the ring” and stand as an Independent candidate.

“It’s the greatest city on the planet, I call it the Earth capital. As such, it needs people from outside Earth to pay its dues,” the count told the PA news agency.

“Mayor of London is a fantastic title in itself and as someone who already has a title it suits me down to the ground.

“You’ve already had a couple of mayors who people have said, ‘oh my God what have we done?’ Why not have someone who is already outlandish before they become mayor instead?”

Pledges in his manifesto include having more bins, finishing Crossrail and to rename London Bridge as Phoebe Waller Bridge.

The count admitted that he was not particularly confident as the electoral system “is heavily weighted in favour of human beings” rather than intergalactic entities.

“But my job is always to provide something fresh on the menu and to take out the trash,” he said.

The Leader of the Recyclons added that his pledges, which also included London to join the EU and bringing back Ceefax, were “just the tip of the iceberg”.

The Count’s rival candidate, Rory Stewart, tweeted his dismay at the news, saying: “No!!! I was almost winning – coming up into second place.

“Convincing people that Sadiq wasn’t really the active Mayor we need for the future – almost there.

“Now this unstoppable force is coming up on the inside. #NoJustice #BelieveinTheBin.”

To help with his campaign, Count Binface has set up a GoFundMe page and has asked “supporters of relatively sensible politics” to chip in.

He has promised that any money that exceeds his targets will be donated to the charity Shelter, to help combat homelessness in London.