Could the Lib Dems really become the Official Opposition?

Trends in recent polling data show the Tory lead over Liberal Democrats shrinking by the day. If Tory support continues to dwindle, they might not even be Britain's second-biggest party.

by Oliver Longstaff
in Politics 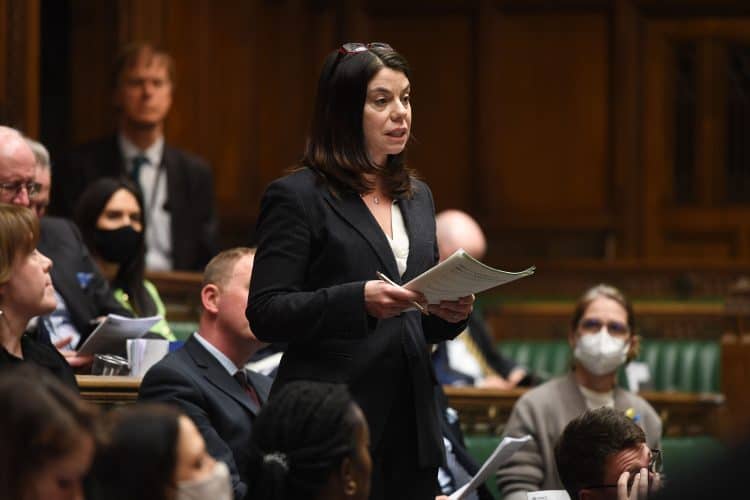 With the Tory party currently going through a prolonged period of disarray, battling its way back from economic turmoil and having scrambled to select a leader within one week, eyes are currently focused on how this is affecting the government’s popularity.

Over recent months, Labour has seen an astronomical rise in the opinion polls, taking the lead from their rivals many months ago. Now, one could say with relative confidence that, if a general election were to be called today, they would win a comfortable victory across the country. However, one question that seems to have been picked up by few is who Labour would hypothetically face off against in opposition.

What the polls are saying

Looking into polling data from a range of sources, we can see an ongoing and frankly rapid decline in Tory popularity over the past few months, giving way to an overwhelming Labour lead. In fact, according to one pollster, you would have to go back to December of last year to find data that puts the Conservatives ahead of Labour when it comes to voting intentions.

During that period the Tories, at 38 per cent, held a small two-point lead over their rivals, which quickly closed and, over the ten-or-so months since, saw Labour surge ahead, peaking at 56 per cent with a 36-point lead.

And yet, with everyone watching the gap steadily widening between the two, what has gone unnoticed appears to be the two lines, one blue and one yellow, slowly drawing nearer to one another in the charts. As things stand, Ed Davey’s Liberal Democrats are a closer competitor to the Tories than Labour. For the most part, the closing of this gap has not been driven by the Lib Dems having become more politically relevant in recent months, showing no marked up-tick, but solely by collapsing Tory popularity, with ratings for the former hovering around just above 10 per cent for the past year.

Recent by-election victories have also demonstrated the Lib Dem threat. The party has eaten into the Blue Wall with wins in Tiverton and Honiton and in North Shropshire. Voters in those seats, disillusioned with the Conservatives, are more likely to hold their noses and vote Liberal than Labour, giving them a boost in popularity.

Could they pull it back?

Nevertheless, with things looking so bleak for the Conservatives it is unlikely the new prime minister will call a snap election any time soon.

It is also often the case – barring Liz Truss, of course – that incumbents into the position see a bump in opinion polls, both in his personal ratings and those of his party. For many on the right, Rishi Sunak’s rise to leadership just last Monday will be seen as a reassuring move following the chaos that ensued under Truss’ reign. Their adulation was likely buoyed further by a seeming restoration of faith in the British economy, with the pound hitting a six-week high following taking over the leadership.

With all this it could be said that Sunak very much seems like he is getting everything under control. However, that would be forgetting that the main reason for the reversal in Tory favour has been a combination of scandals, law-breaking, and economic mismanagement, with Sunak having faced his fair share of the first two.

For instance, he himself has faced the embarrassing scandals of both his wife’s non-dom status and receiving a fixed-penalty notice for attending a lockdown-breaking party. On top of this, he and his chancellor have still not set out an economic plan for the country, recently announcing that their promised fiscal plan will be delayed further, to be revealed in mid-November.

Thus, whilst he might seem from the outside as a safe pair of hands, Sunak has done little to restore his own credibility.

And this is to ignore the challenges he is already starting to face, having spent only just over a week in office. Most noticeably, he has recently come under pressure to explain why he brought back Suella Braverman as home secretary after she had only recently resigned after it was revealed she had leaked sensitive information via a personal Gmail account. Already, the Tories have already fallen into more scandal, and it would be fair to say that their chances of surviving yet another are fairly slim.

Perhaps Sunak’s words in a closed-door speech to MPs recently, describing his party as currently facing an “existential crisis”, were more prescient than he knew.