"Comedians shouldn’t be doing the jobs of politicians. But if they’re gonna make fools of themselves on TV, we’re gonna have to meet constituents.” 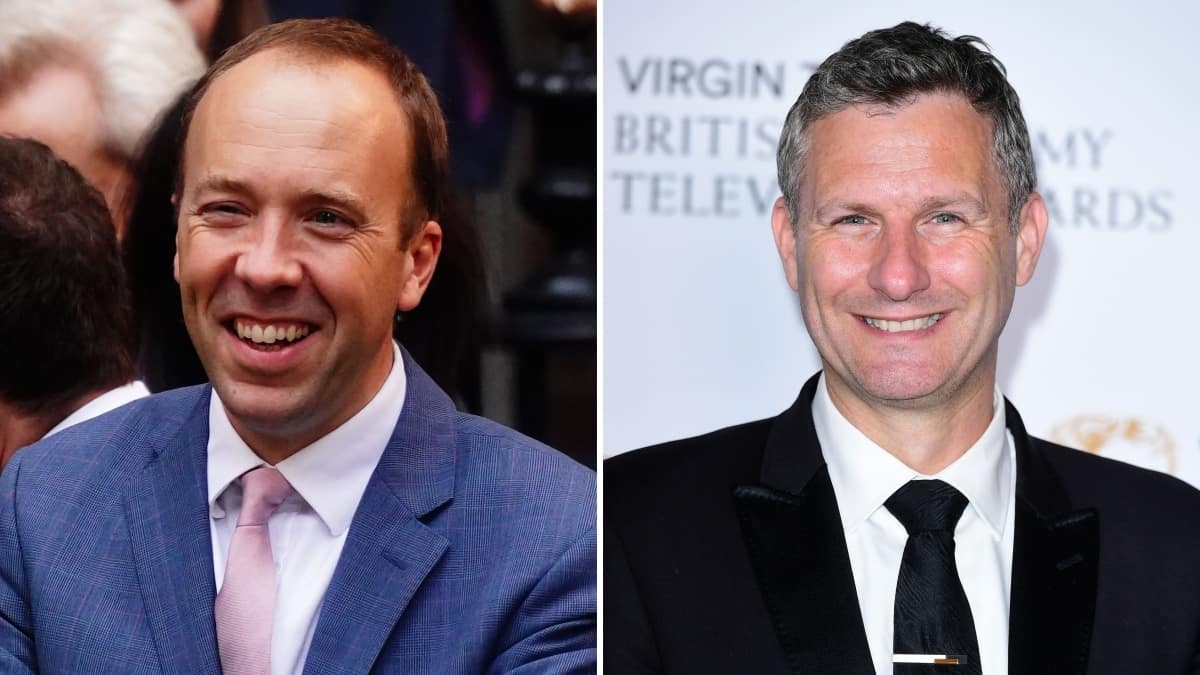 The Last Leg host Adam Hills has held a mock political surgery in Matt Hancock’s constituency as the former health secretary remains in the I’m a Celebrity… Get Me Out Of Here! jungle.

The Australian TV presenter and comedian visited the Suffolk market town of Mildenhall on Sunday lunchtime to allow the locals the chance to raise their concerns while their MP competes on the ITV show.

Hancock has faced criticism from opposition politicians, from within his own party and has had the Tory whip suspended for joining the show at a time when Parliament is sitting.

“Doing the jobs of politicians”

Hills wrote on Twitter: “It was a pleasure to meet the people of Mildenhall in Suffolk today. I hope their MP does the same soon.”

In another post, he added: “Comedians shouldn’t be doing the jobs of politicians. But if they’re gonna make fools of themselves on TV, we’re gonna have to meet constituents.”

The comic said that film footage of the fake public drop-in, which he dubbed his “Rock Out With Hancock Out”, will be shown on Friday during his comedy talk show The Last Leg.

The Mildenhall Police department also tweeted their thanks to Hills for taking the time to visit the area and listen to the local residents.

Prime Minister Rishi Sunak previously said Hancock’s decision to enter the jungle was not “noble” because he was failing to prioritise his “constituents and our country”.

Speaking to reporters travelling with him to the G20 summit in Bali, Mr Sunak said: “I think politics at its best can and should be actually quite noble.”

On Tuesday, campaigners flew a banner over the I’m A Celebrity campsite, reading: “Covid bereaved say get out of here!”

A spokesperson for Hancock said that the MP for West Suffolk hopes to raise awareness about his dyslexia campaign while in the jungle.

They added: “As soon as Matt’s time in camp is up, he will return to Suffolk to hold surgeries where he will catch up with his constituents and discuss matters of concern.

“Matt will be making a donation to St Nicholas Hospice in Suffolk, and causes supporting dyslexia – including the British Dyslexia Association, off the back of his appearance.

“He will, of course, declare the amount he receives from the show to Parliament to ensure complete transparency, as normal.”

Earlier in the reality series, he also admitted to his fellow campmates that he made a “mistake” and regrets the actions that led to his resignation as health secretary and that one of his motivations for coming on the show was to seek a “bit of forgiveness” from the public.

In June last year, the MP resigned as health secretary after he was caught breaking coronavirus social distancing rules by having an affair in his ministerial office with Gina Coladangelo, who was his aide at the time.