Johnson told Tory MPs that the Archbishop of Canterbury had been more critical of his Rwanda plan than the war in Ukraine. 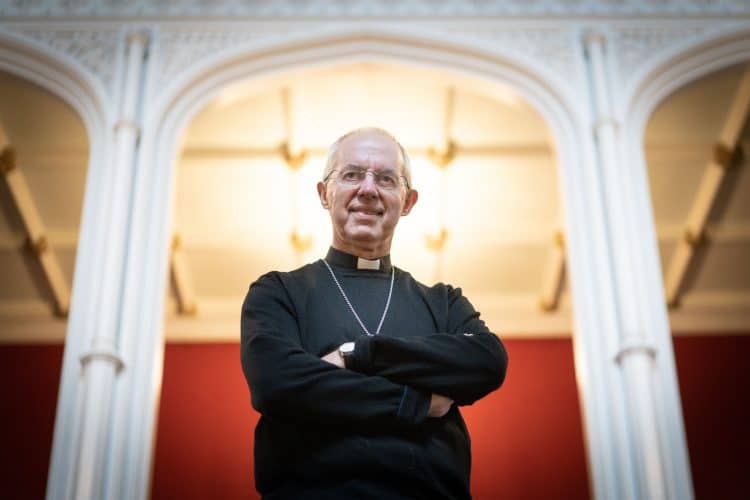 Boris Johnson has been accused of a “disgraceful slur” for claiming that the Archbishop of Canterbury has been more critical of his plan to send migrants to Rwanda than of Russia’s invasion of Ukraine.

The prime minister told Tory MPs last night that Justin Welby had “misconstrued” the government’s policy and been noticeable “less vociferous” in his criticism of Vladimir Putin.

In response, John Bingham – the Church of England’s head of news – said: “If true, a disgraceful slur.” He highlighted Welby’s condemnation of the invasion as a “great act of evil”.

At a private meeting of his backbenchers, Johnson also lashed out at the BBC’s coverage of the asylum plans – claiming it had misunderstood the controversial proposals.

Justin Webb, a presenter on Radio 4’s Today, suggested that Johnson’s remarks were a “smokescreen” for his political troubles.

In an interview with a minister, he asked: “Can you come up with an occasion when Boris Johnson has put his life on the line for the truth, as Jeremy Bowen has, as Lyse Doucet has, as Clive Myrie has?”

He added: “It’s a smokescreen. He’s changing the subject and going on the attack.”

Johnson reportedly told MPs that church leaders have been “less vociferous in their condemnation on Easter Sunday of Putin than they were on our policy on illegal immigrants”.

He said they “failed to construe the difference between legal immigration and people illegally entering the UK at huge personal risk across one of the busiest shipping channels in the world”.

Paul Scully, a business minister, refused to back Johnson’s comments, saying: “I know there has been some excellent coverage from the BBC and elsewhere in Ukraine, on the ground in Ukraine, and that’s been really invaluable. . . I’m not attacking the BBC. I’m here joining you.”

A number of religious leaders have been extremely critical of the Rwanda plan, with Welby saying it contradicted Christian values and would not “stand the judgment of God”.

The Archbishop of Wales this week backed Welby’s comments, saying: “The scheme proposed by the government outsources a moral and legal problem which should have a solution closer to home.”