Accusing Sir Keir Starmer of “outright assault on the Left”, Williamson said it was “time to accelerate efforts to create a genuinely anti-imperialist, socialist party”. Does it matter? 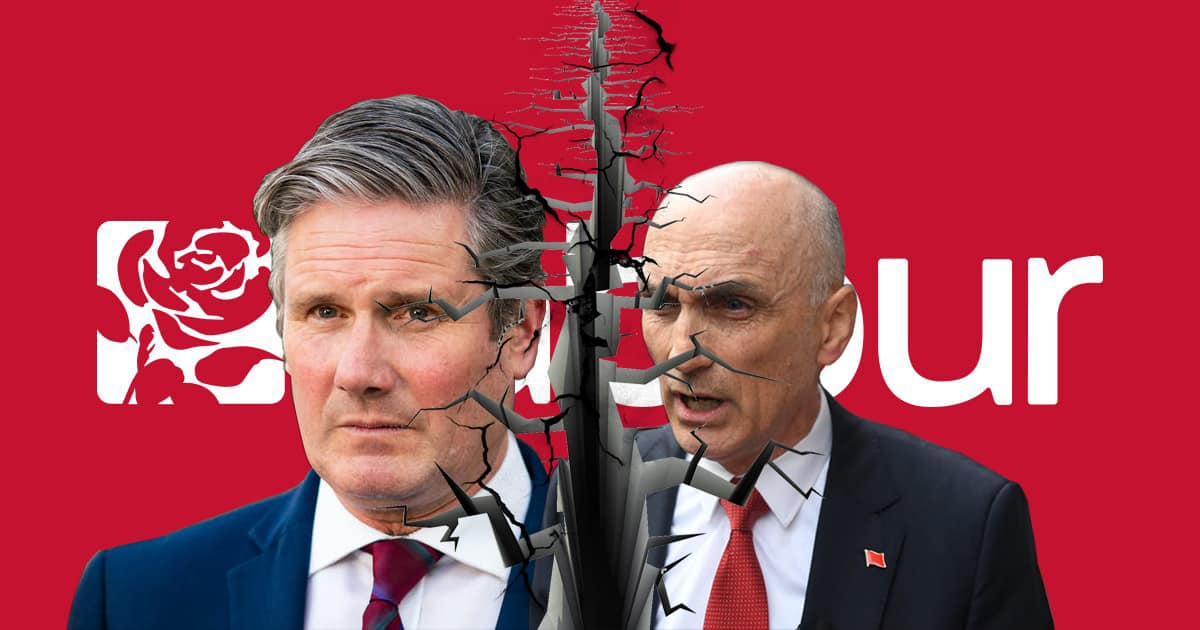 Ex-MP Chris Williamson, who was suspended by Labour for claiming the party had been “too apologetic” about its handling of antisemitism, has announced plans to form a new breakaway party in response to Jeremy Corbyn’s suspension.

Accusing Sir Keir Starmer of “outright assault on the Left”, Williamson said it was “time to accelerate efforts to create a genuinely anti-imperialist, socialist party”.

Williamson, who was a staunch ally of Corbyn, warned that the treatment of the ex-leader by “the Starmer regime” was the “final straw”.

“Hopes that Labour would continue to fight for an irreversible shift in the balance of wealth and power at home and an ethical foreign policy abroad have been well and truly dashed,” he said, in a video posted on Twitter.

At one point the video shows footage of Jewish former Labour MP Luciana Berger, who left the party in protest of antisemitism in the party, as Williamson lashes out at “over-privileged and out-of-touch parliamentarians” who “joined in the concocted antisemitism smears”.

Williamson is no Farage

There has been genuine upset and concern on the Labour left since Corbyn’s suspension, with some tearing up their membership cards and accusing Starmer of abandoning the leftist policies and ideals on which he campaigned for the leadership.

Others, like former shadow chancellor John McDonnell, urged disappointed leftists to stay and fight back within the party. Either way, Williamson is unlikely to be seen as a credible figure to carry Corbyn’s torch.

This, after all, is a politician who said the party had “given too much ground” in its response to the antisemitism crisis, and denounced the Equalities and Human Rights Commission report which led to Corbyn’s suspension as “the best efforts of the Israel lobby”.

Perhaps the most useful comparison here is with Nigel Farage, who recently announced his intention to refashion the Brexit Party into an anti-lockdown group named Reform UK.

On the surface at least, Williamson has one tick in his column that the former UKIP leader does not: he’s actually won an election and become an MP.

But Farage is arguably the most successful politician in modern British history. Without ever winning a parliamentary seat – defections aside – Farage has been able to bend and shape the government to his will from the outside.

Bark worse than his bite

The spectre of UKIP eating into the Conservative party’s vote was enough to force David Cameron into a risky EU referendum, while the prospect of the Brexit Party robbing the Tories of a majority shoved the government further to the right on Brexit. It is difficult to see Williamson doing something similar.

The “anti-imperialist, socialist party” that he wants to create does not share the deep groundswell of popular support that Farage’s euroscepticism enjoyed, and Williamson is such a toxic figure that the chances of any Labour MP jumping ship to join him is close to zero. It’s tough to imagine Diane Abbott or Richard Burgon quitting the party any time soon.

And, while there is undoubtedly a large chunk of the party members who back Corbyn and will continue to do so, it’s worth remembering that Labour experienced a surge in membership after last year’s general election defeat.

As far as Starmer is concerned, Chris Williamson’s bark is considerably worse than his bite.