“It is frustrating the minister cannot answer this basic question.” 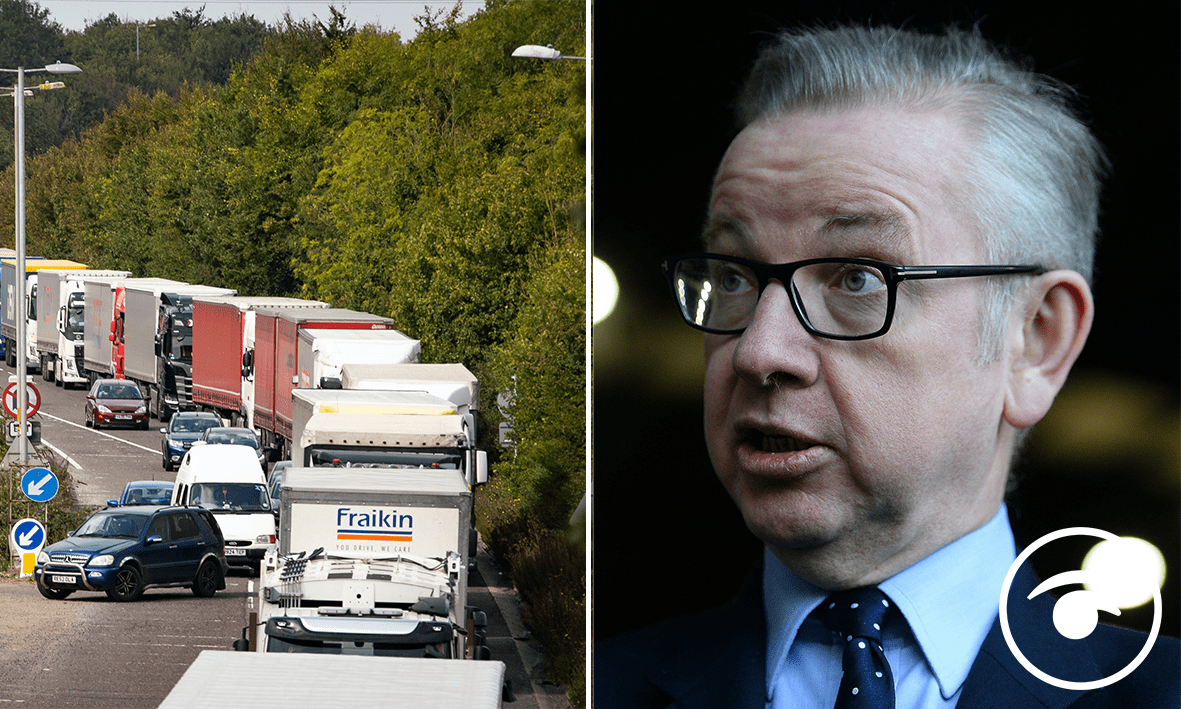 Michael Gove has swerved calls to reveal the number of trained “customs agents” to help with post-Brexit trade, claiming the 50,000 target was “always an estimate”.

Labour challenged the Cabinet Office minister to detail the number of people in place to assist with customs forms, with the Brexit transition period ending in fewer than 50 days.

Mr Gove argued there have been “significant increases” in the number of officials but did not offer specific details.

He also told MPs the EU needs to show flexibility in the trade deal negotiations if the two sides are to reach an agreement, noting “progress is being made but divergences remain”.

Speaking in the Commons, shadow Cabinet Office minister Rachel Reeves warned: “Failing to achieve a deal with the EU would be a disaster for the British economy.

“But deal or no deal, preparations need to be in place for whatever our new trading relationships are on January 1.

“In February this year the minister recognised the need for 50,000 customs agents trained and ready to go by the end of this year, and in July he announced a £50 million new fund to make this happen.

“So can the minister update the House: how many customs agents are now trained and ready to go?”

Mr Gove replied: “Of course we’re determined to secure a deal and that is why our negotiators under Lord Frost are working hard with Michel Barnier to close the remaining gaps in the negotiations.

“As to the number of customs agents, 50,000 was always an estimate.

“It is the case there has been a significant increase in the number of customs agents who are being employed both by companies themselves with in-house capacity and also through intermediaries who have been scaling up their own activities as well.”

Ms Reeves countered: “It is frustrating the minister cannot answer this basic question.”

She accused the Government of “gross incompetence” over its plans to prepare the necessary technology at the border, with Mr Gove insisting progress on all IT systems has been “good” and the customs declaration service is “essential to making sure we make a success” of life outside the EU.

On trade talks, Labour’s Emma Lewell-Buck (South Shields) said: “The minister knows that in all negotiations there needs to be concessions and give and take on all sides – so what exactly, if anything, is the UK willing to concede or compromise on?”

Mr Gove replied: “Well, the UK has already shown a great degree of flexibility in these negotiations, but it is important also that the European Union shows flexibility too.

“In particular, there needs to be a full recognition that we are sovereign equals. And any attempt to continue to tie the UK into EU processes or to extend EU jurisdiction by other means would be quite wrong.”

Shadow Cabinet Office minister Paul Blomfield expressed his concerns at the UK not having access to previously shared criminal databases post-Brexit, adding: “Can (Mr Gove) explain precisely how, without that access, we will get real-time information needed to pick up foreign criminals at point of entry in ports and airports?”

Mr Gove replied that once the UK has left the EU the Government will have “total discretion over who comes into this country”, adding: “Once we’re out of the transition period we will take back control of our borders, a precondition of greater security for all.”

Mr Gove also told MPs that businesses have “more to do” to prepare for the end of the transition period “regardless of the outcome of negotiations”.

He said: “There are a guaranteed set of changes, and also opportunities, which the Government, businesses and citizens all need to prepare for.

“The vast majority of the changes that will come into effect will take place regardless of the outcome of negotiations with the European Union on our future trade relationship.”