He compared his leadership to the "Thatcher light" policies of Tony Blair. 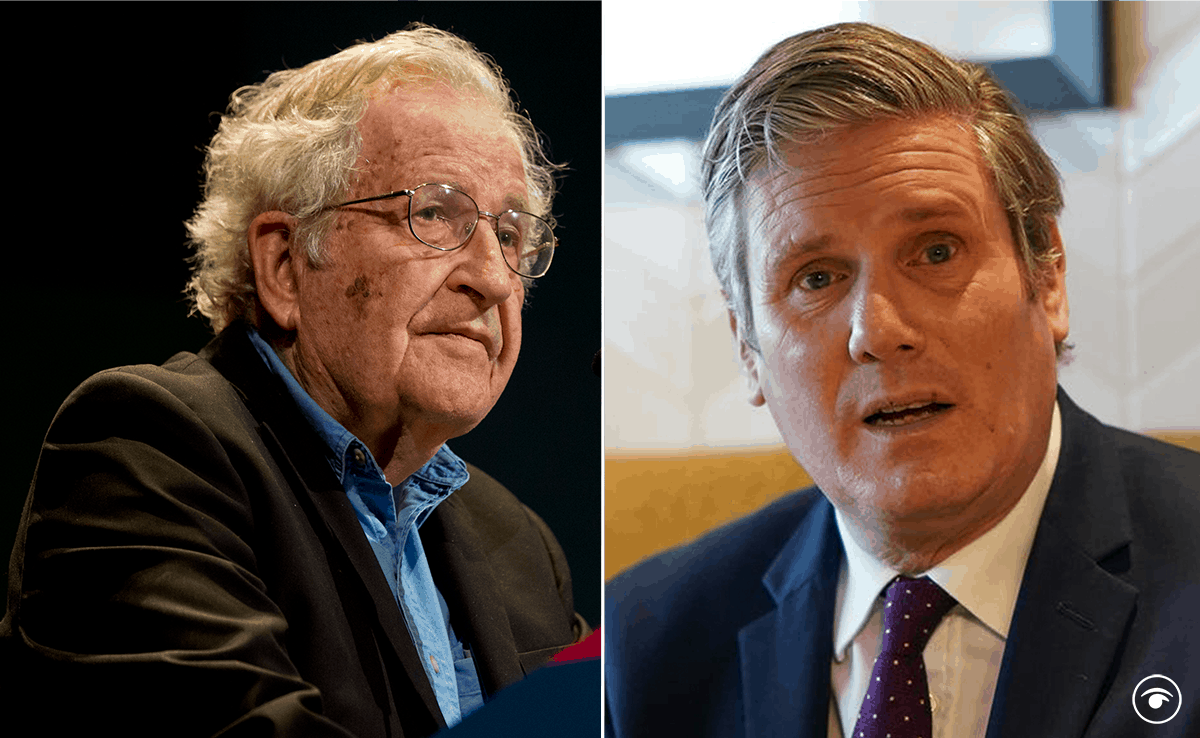 Noam Chomsky says Sir Keir Starmer is pursuing a similar strategy to Tony Blair by turning the Labour Party into a junior partner of the Conservatives.

Speaking to The London Economic the American linguist said Starmer is “pretty much dismantling the activist Labour Party that the Corbyn people were trying to develop.”

Asked if the Labour leader is pursuing a good strategy, Chomsky responded:

“It’s a good strategy if you want to turn the Labour Party into a junior partner of the Tories. Pretty much like what Tony Blair did, it used to be called Thatcher light. If that’s what you want, fine.

Earlier this month Sir Keir Starmer hit back at accusations that he is mimicking prime minister Boris Johnson in a Sunday Times article.

It comes after a leaked internal strategy document suggested the party might echo the Tories by making more use of the “union flag, veterans and dressing smartly”.

Starmer also labelled the Labour movement “very patriotic” as he faced questions about why the party is still trailing in the polls despite the Government’s record during the coronavirus pandemic.

Related: CHOMSKY: Antisemitism should not be turned into a political weapon – it’s too serious for that