Fares Maatou was described as a “really nice” person who “loved life”. 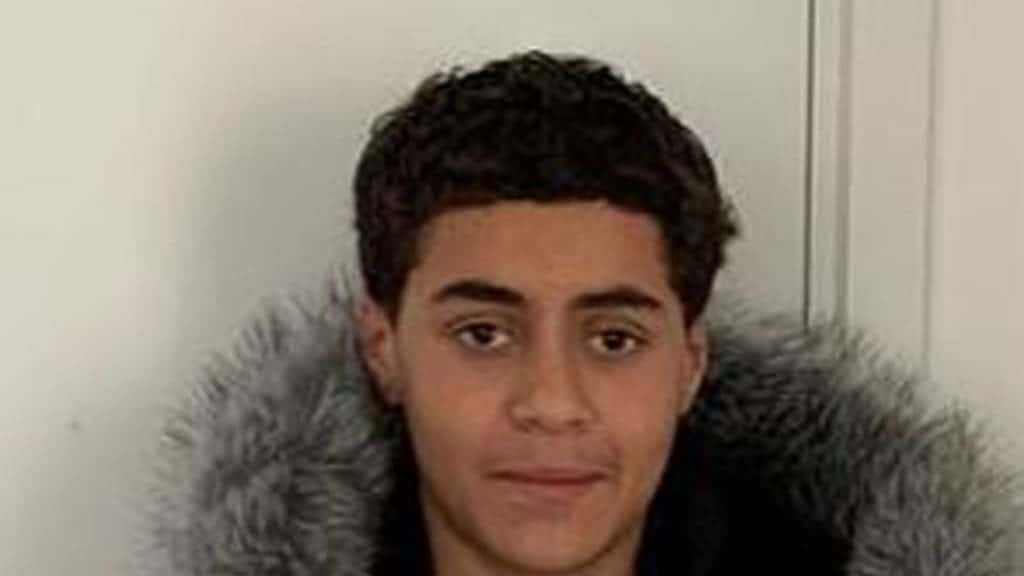 Tributes have been paid to a 14-year-old boy stabbed to death in daylight in east London.

Fares Maatou died at the scene of the attack in Barking Road, Newham, on Friday afternoon, the Metropolitan Police said.

He had bravely stepped in to protect his friend during a row when he was stabbed in the head.

The thugs then hit him with metal poles before stealing his scooter and running off.

Two boys aged 14 and 15 have been arrested on suspicion of murder, while another 15-year-old boy was arrested in connection with the incident.

Witnesses said the teenager was wearing his school uniform when he was attacked.

A close friend of Fares described him as a “really nice” person who “loved life”.

The tearful 15-year-old, accompanied by her 33-year-old mother, neither of whom wished to be named, said: “He was really nice. He had nothing to do with the gang stuff around here.

“He would just be there for you. If you ever needed him he would be there.”

Speaking from the scene of the attack, she added: “He was happy. He loved life.”

The Met said it was called to the incident shortly before 4pm where the teenager was found with stab injuries.

Despite the efforts of the emergency services he was pronounced dead half an hour later.

The force said officers believe Fares was attacked with “a large bladed item”.

A post-mortem examination is still to take place.

A pile of floral tributes and some balloons were placed outside the Zzetta Soul Fired Pizza restaurant on Barking Road.

A member of staff from the restaurant said a FedEx worker, an off-duty police officer and a woman had all rushed to the teenager’s aid as he lay in the street outside the restaurant.

“They were just shouting at him, ‘wake up, wake up, try to breathe’,” the worker, who did not want to be named, said.

“Three or four of us were all shouting loudly, ‘one, two, three’, so there was a rhythm for compression.”

He said the victim, wearing a school uniform, was “totally blacked out”.

“I was hoping he would end up in hospital and stay alive,” the witness added.

He said it was “really bad” when Fares’s family arrived at the scene.

“I haven’t seen anything like this,” he said, adding that the family were “expressing their grief” and “crying”.

He said: “When the doctor announced him dead he broke the news to his sister and she almost collapsed.

“Looking at the family bonding I think he was a really loved one.”

“I have assured them of my total commitment to bringing to justice those responsible for this senseless killing. They will be supported by specialist officers at every stage of what will be a terrible ordeal for them in the weeks, months and years ahead.

“We have already seen fantastic support and received a good deal of information from local people.

“I thank them for that, and ask anyone with information or any witnesses who have yet to speak with police to please come forward and tell officers what they know.

“We are piecing together the picture of what happened on Friday afternoon and every fragment of that picture will be crucial.

“Three boys have been arrested and they remain in police custody.

“This is a fast-moving investigation and there will be further developments.”