The video clearly stuck in his craw! 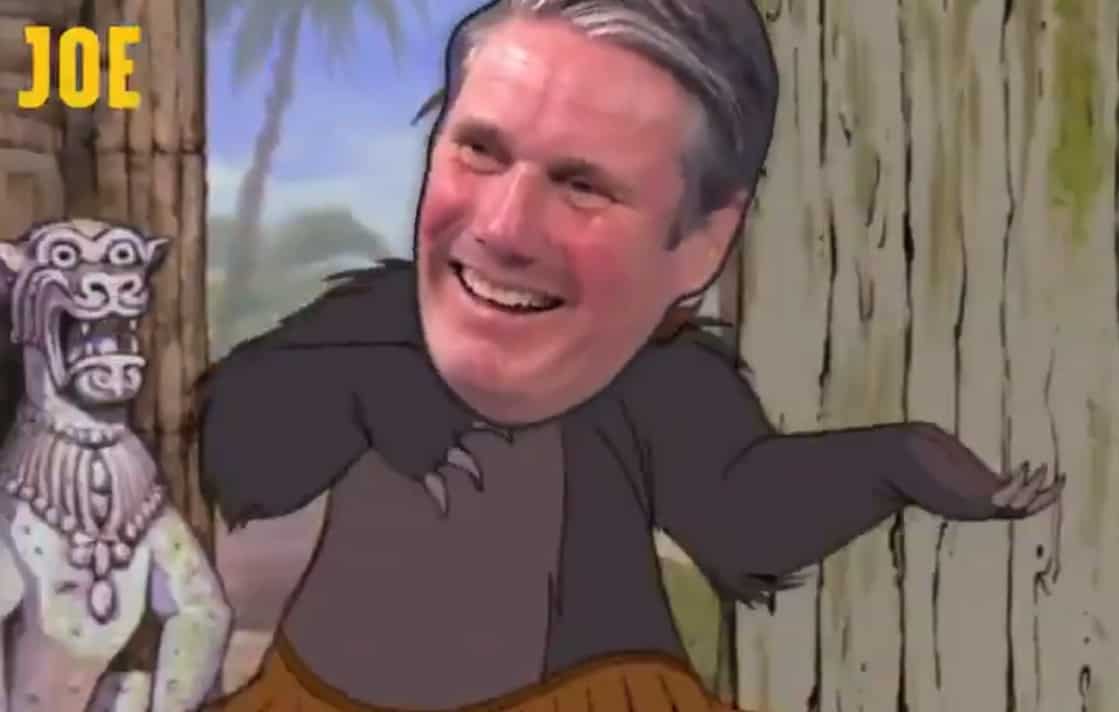 The Labour leader was the victim of a viral JOE video in February after he was depicted as Baloo the bear from the Jungle Book.

‘The king of the swingers’ and the ‘centrist VIP’ featured in the much-loved song, I Wan’na Be like You, as he learns to make ‘Labour’s red turn blue’.

It follows accusations that Sir Keir is trying to rebuild Labour in the Conservative’s image, with leaked internal strategy documents suggesting the party might make more use of the “[union] flag, veterans [and] dressing smartly”.

Starmer also labelled the Labour movement “very patriotic” as he set out a “four-year journey” to turn around the “worst loss since 1935”.

But not everyone has been convinced by the party’s change in direction.

In what has been seen as a blatant shun of the Labour left many have questioned whether the party still offers real opposition, a theme that underpinned a viral video made by the JOE team.

The footage clearly stuck in his craw after he launched a defensive in this weekend’s Sunday Times.

He told Decca Aitkenhead: “I’m not like Boris Johnson. There’s almost nothing we have in common”.