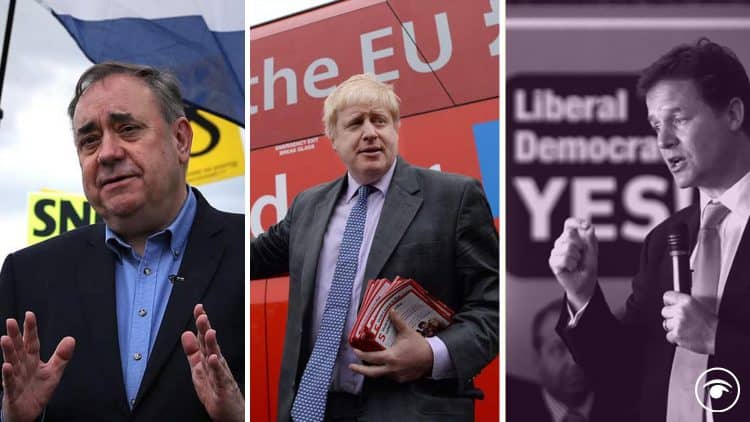 People living in Britain are the least likely in the world to consider referendums as a good way of settling political issues.

New polling from Ipsos MORI puts the country at the bottom of the pile on the topic, suggesting that the ‘Brexit dividend’ may simply be a distrust in the democratic process.

On average across the 25 countries polled, 60 per cent say the most important political issues should be decided directly by the people through referendums, not by the elected officials.

But that number drops to 45 per cent in Britain, which has been subjugated to its fair share of votes over the past decade, with referendums on European Union membership, the Scottish Union and the Alternative Vote all tabled since 2011.

In Switzerland, where referendums are common events, the supreme court decided to re-run a national vote held shortly before the Brexit referendum afterit was found that voters were not given full information.

Voters rejected a proposal onwhether married couples and co-habiting partners should pay the same tax by a margin of50.8 per cent to49.2 per cent.

But the supreme court voided the result on the grounds that voters were not given full information, and the vote must be re-run.

People have been quick to point out parallels to Britain’s vote to leave the European Union.

Not only did the campaign to Leave break electoral law, many of its promises have since been proved to be either inaccurate or completely false.

Claims that the NHS will receive £350 million a week have been disproved, as has Turkey’s accession to EU and any notion of a positive economic outcome.