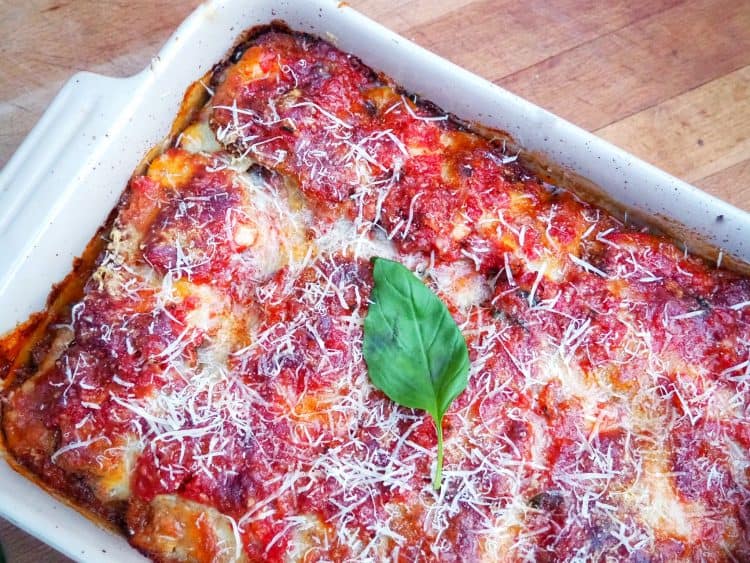 With both areas claiming the original recipe, the famous dish’s exact origins aren’t absolutely certain, though its known that aubergines first arrived in Italy during the 15th century, brought to Sicily from India. Instead of ‘parmesan’, the dish’s ‘parmigiana’ moniker is actually said to derive from the Sicilian word ‘parmiciana’ which describes a wooden shutter with slats in a cascading, partially overlapping formation, as is the case with traditional aubergine parmigiana. The first historical evidence of the dish, prepared similarly to the well-loved modern version dates back to the 1830s, published in Naples by Ippolito Cavalcanti in “Cusina casarinola co la lengua napolitana”, described as a dish of the poor, using aubergine as a protein substitute for meat. Realistically it’s thus believed aubergine parmigiana has Sicilian origins, landing in Naples as a natural consequence of the Neapolitan domination of the island.

From region to region (in Italy and over the world), aubergine parmigiana continues to be made with greatly varying recipes. The aubergine and tomato-based sauce are essential, but the aubergine’s cooking process and techniques differ, while different cheeses are favoured in different regions. In Sicily, Caciocavallo cheese is typical, while mozzarella is common in Campania. On a global scale, mozzarella has become the most popular cheese for the filling (besides parmesan), particularly in America where various types of parmigiana are popular. The famous American aubergine parmigiana (or eggplant parmigiana) recipe is fairly similar to the Neapolitan version, though the aubergine slices are generally breaded and deep-fried.

This aubergine parmigiana errs towards the Italian-American play on the dish, with the aubergine slices breaded and fried, then layered with a tomato sauce and mozzarella slices, capped with a generous blizzard of parmesan, which creates a delicious crust. 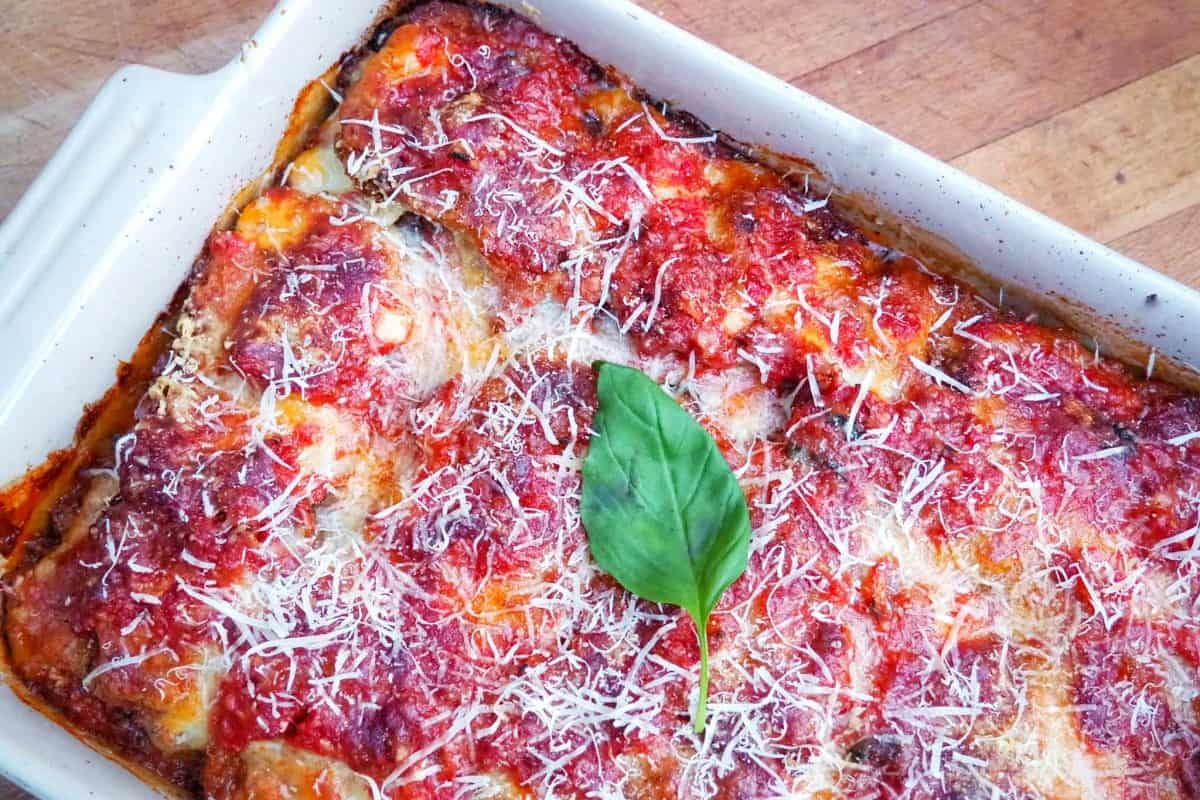 RELATED: How To Make: Spaghetti & Meatballs