"People are sick of the Government giving themselves get-out-of-jail free passes while the rest of us stick to the rules," Sarah Olney said. 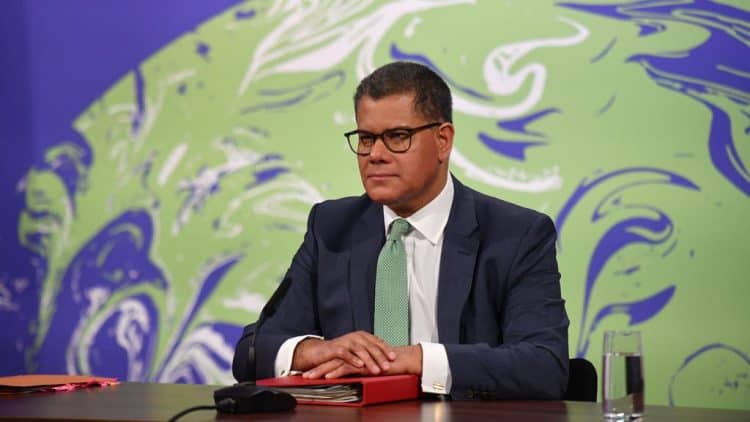 Alok Sharma has been accused of hypocrisy after he jetted to at least 30 countries in seven months – and even managed to dodge quarantine regulations on return.

The climate tsar has managed to get thousands of air miles under his belt as heprepares the ground for the COP26 global environment summit this autumn.

It comes despite his own warnings that heavy rain and flash flooding “on our own doorstep” is a reminder for the UK about the urgent need to tackle climate change.

“I do understand it’s very good to meet people in person, but this is excessive,” she said. “When you’re in charge of COP26, to take this many flights is hypocritical.”

According to reports Sharma visited at least six countries on the travel ‘red list’ but was given a ministerial exemption from hotel quarantine each time.

He has also been able to avoid having to isolate at home following ‘amber list’ trips.

Alok Sharma's red list trips which do not require him to self-isolate – despite Government rules – are 'bizarre and dangerous' says @DavidLammy https://t.co/YDqXXWtW3O pic.twitter.com/IE6qhjTlCT

Air travel is a major source of greenhouse gas emissions, raising questions over whether Mr Sharma should have held more ‘virtual’ meetings.

Liberal Democrat transport spokesman Sarah Olney said: “As usual with this Government, it’s one rule for them and another for everybody else.

“While Alok Sharma flies to red-list countries with abandon, hard-working families can hardly see loved ones or plan holidays as the Government changes travel rules on the hoof.

“People are sick of the Government giving themselves get-out-of-jail free passes while the rest of us stick to the rules.”

Paul Charles of the PC Agency, a travel consultancy, said ordinary Britons would be angered by the minister’s ability to dodge travel restrictions.

“I don’t think families will ever forget how they’ve been treated by ministers when it comes to travel,” he said. “It’s astonishing how the Government think they are above the law and can create rules for themselves.”

A government spokesman insisted Mr Sharma had held many video calls this year, but that it was also important that he met world leaders in-person to prepare for COP26.

The government insisted it would calculate the carbon emitted for the event and the flights by Mr Sharma in order to offset it through schemes such as tree-planting.

A spokesman said: “Sustainability will be at the core of COP26. The UK will be offsetting all carbon emissions associated with running the event and working closely with sustainability experts to make this happen.”