He also caused outrage saying Margaret Thatcher’s closure of coal mines had given the UK an “early start” in moving to a greener economy. 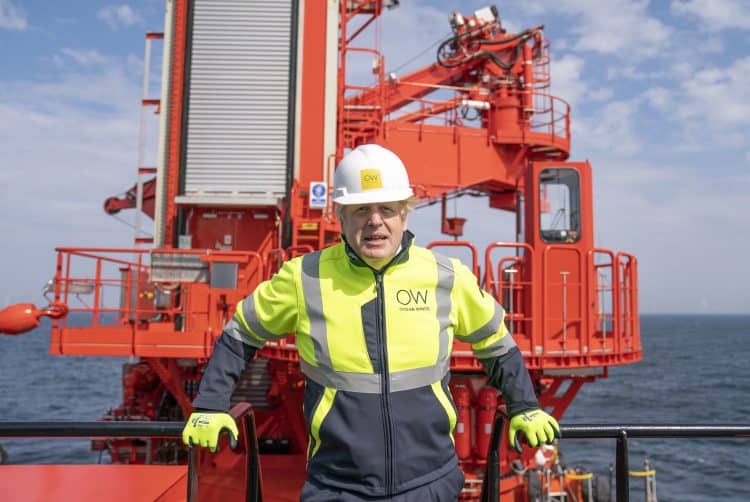 Boris Johnson has promised a “smooth and sensible” shift from fossil fuels to renewable power, adding that Margaret Thatcher’s closure of coal mines had given the UK an “early start”. He then said insisted that “we can’t just tear up contracts” as campaigners urged him to block the drilling of oil and gas from the seabed near Shetland.

The Prime Minister, who was visiting an offshore wind farm on the final day of his trip to Scotland, said there were “massive opportunities” to increase the use of green technology.

The visit comes ahead of the Cop26 international climate summit in Glasgow in November, with Mr Johnson insisting he wanted it to be “ambitious” in its aims.

he Prime Minister and business minister Kwasi Kwarteng boarded the Esvagt Alba in Fraserburgh Harbour, Aberdeenshire, on Thursday morning before heading several miles out into the Moray Firth to the Moray East Offshore Wind Farm.

The 100-turbine development is under construction but began exporting its first power to the National Grid in June.

The development sparked controversy when BiFab fabrication yards in Scotland were overlooked for manufacturing contracts, with jobs going overseas.

GMB general secretary Gary Smith said: “Moray East is a monument to the broken promises of the political leaders who promised us a ‘Saudi Arabia of renewables’ and it should serve as an important lesson to this Prime Minister.

“If he wants a genuine green jobs revolution across the nations and regions of the UK, then he must stop the mass export of the jobs we need to deliver it.”

Boris Johnson has insisted that “we can’t just tear up contracts” as campaigners urged him to block the drilling of oil and gas from the seabed near Shetland.

?We have to stop this.