"We cannot live like this any longer, and we won’t accept growing mass homelessness of people in Cornwall and ever-expanding house prices becoming an accepted part of life." 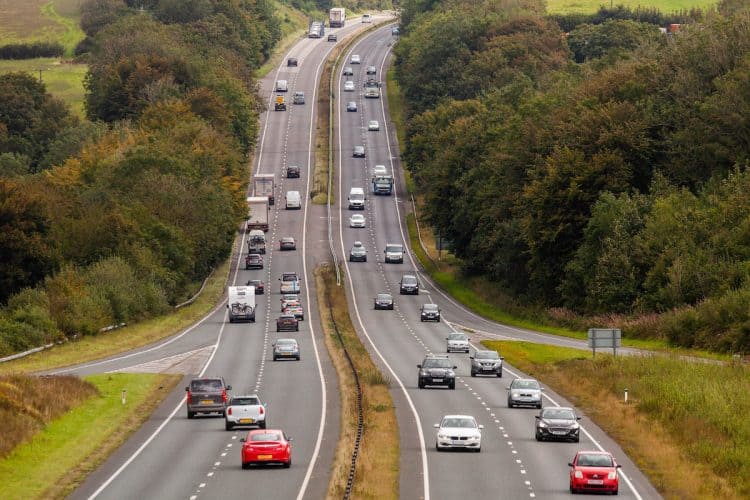 Traffic builds up on the A30 outside of Bodmin in Cornwall.Credit;SWNS

Campaigners have threatened to blockade all routes into Cornwall in protest against second homeowners in the county.

Kernow Matters to Us, a Cornish campaign group, said it is making a stand against non-locals coming into the area, in an attempt to ensure every “Cornish person” has one first.

The group said it was discussing the possibility of blocking routes including the A30 and Tamar Bridge if the problem was not addressed.

A spokesperson said: “It is within our power to do these things and there is little to stop us.”

The comments come as it was announced that a protest will be held in Truro later this month to highlight the growing housing crisis in Cornwall.

It was previously revealed dozens of former council homes are being illegally let as student accommodation and AirBnBs for the sake of profit.

Kernow Matters to Us said this keeps these properties extremely high in rent and inaccessible to the people who need them.

Cornwall Council announced in 2019 it would take legal action against homeowners who did not abide by the covenants attached to the sale of former council homes.

However, there are now concerns that the promise of taking action dropped off the radar after council officers were diverted to other roles due to the Covid pandemic.

A Kernow Matters spokesperson said: “We cannot live like this any longer, and we won’t accept growing mass homelessness of people in Cornwall and ever-expanding house prices becoming an accepted part of life.

“We are not just bartenders, ice-cream servers, and lifeguards, we are people who deserve to be able to rent and buy where we live.

“This is a protest to demand immediate, emergency action from our MPs and Westminster to tackle this crisis.

“We deserve affordable housing and rental properties. Cornwall is not a playground, it is not just a tourist-hot-spot and nice place to live by the beach if you have the cash for it – it’s our home, it’s our culture, our family, friends, livelihoods – and we can’t even afford to live here.

“Cornwall Council building cabins is not enough, and does absolutely nothing to address the roots and growing catastrophe of this crisis.

“Come to the protest, show your support, and you can share your story or someone else’s in living through and experiencing this housing crisis.”

Formed during 2015 to proclaim and celebrate Cornish culture, history, language and music “whilst speaking out unashamedly for the Cornish,” Kernow Matters’ members support the Cornish National Minority.

They are urging people concerned about housing issues in Cornwall to attend the demo on Truro’s Lemon Quay on Saturday, August 21.

The protest is asking for the following demands:

– That all six of Cornwall’s MPs commit to participating in a community-led Housing Crisis Action Plan Group.

– That Cornwall Council leader Linda Taylor and the newly formed Conservative-led council agree to the demands of a housing crisis petition, which has been signed by 44,581 people as of July 31 to:

– Levy a higher, more stringent tax on second homes which recognises the threat they pose to local communities.

– Close the loophole which allows them to be classed as ‘businesses’ allowing them to tap into locally allocated funds and in some cases avoid paying council tax altogether.

– Work quickly towards outlining firm strategies to cap local rents in keeping with local incomes so that local families are not left homeless.

– Use the funds accrued from taxing second homes properly into building FIRST and ONLY affordable homes for local families.”