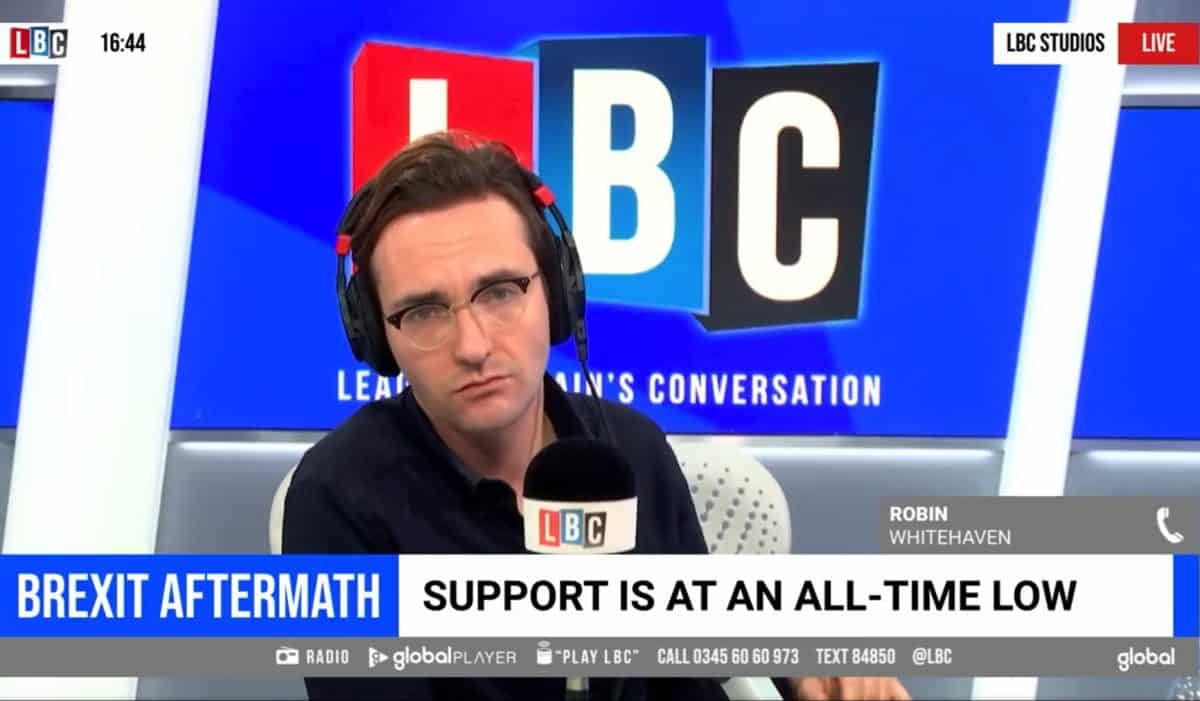 The UK must rejoin the EU to regain economic prosperity, a former Brexiteer has told LBC.

New research suggests one in five Leave backers now feel that it was wrong to vote in favour of leaving the European Union.

Overall, 56 per cent of Brits think the UK was wrong to leave compared to 32 per cent who still believe it was the right decision.

One LBC caller, who voted for Brexit in 2016, told Lewis Goodall: “Brexit has been a disaster. I think if we’re struggling for growth, we need to rejoin the customs union and the common market.”

Talking of what needs to change, he said: “With the state that we’re in now, I’d love to see a political party campaigning to join the customs union and the common market and if not, set the ball rolling to join the EU again.”

“I think the Labour Party lost the last election because of the position that it had on Brexit and I think Keir Starmer is going to lose the next election if he doesn’t change his position on Brexit,” the caller forecasted.

“There’s no way out of this cost of living crisis without growth…and the way to get growth is to rejoin the EU. You just need to look at the state of the economy…it’s ridiculous.”