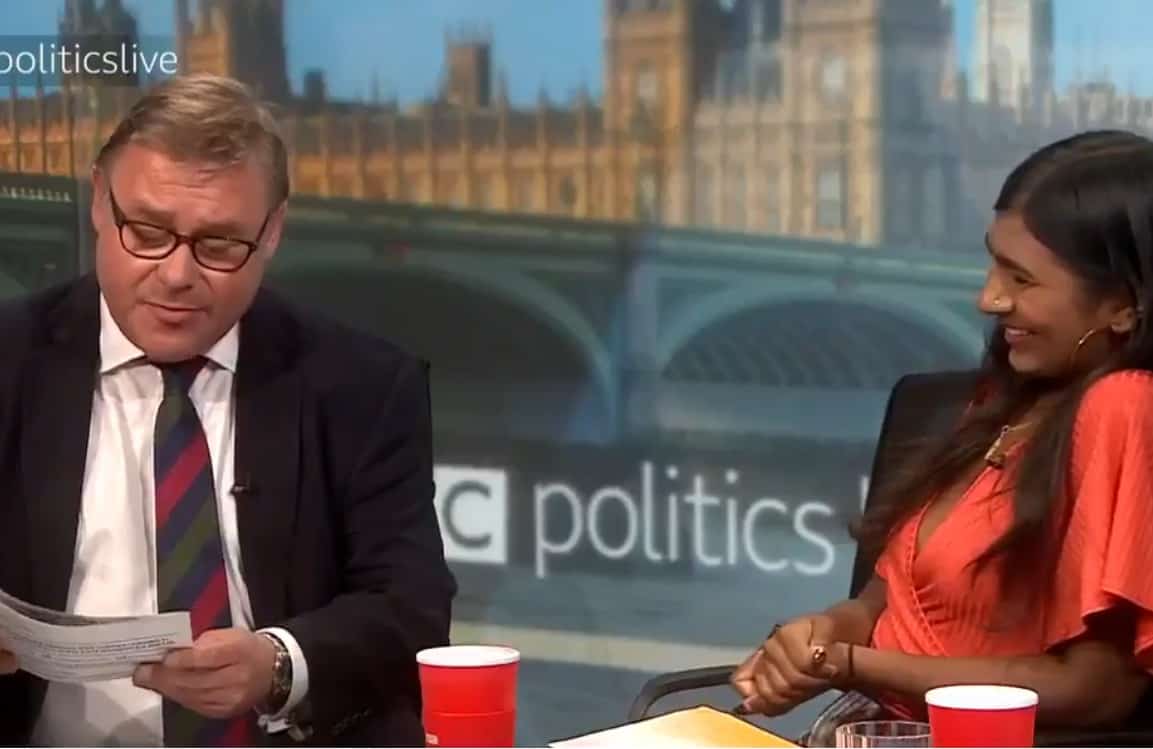 Brexiteer Mark Francois said the country “will explode” if the UK doesn’t leave the EU on October 31st.

Speaking on BBC’s Politics Live alongside Ash Sarkar, the Leave MP and deputy chairman of the ERG was asked about the law preventing a no-deal Brexit on October 31st.

“As a principle you should comply with the law, but as I understand it people are looking extremely careful at the act to see what it does or does not mandate you to do.”

Presenter Jo Coburn pointed out that it does at least force the prime minister to request an extension to Article 50.

Francois simply answered: “I think if we don’t leave on 31st of October, this country will explode.”

Are Leave voters right to be angry that Brexit hasn’t happened? Sure.

But leaflets aren’t more legally binding than votes in ballot boxes. Parliamentary sovereignty is drawn from the electorate, and a hung parliament was a mandate for compromise. pic.twitter.com/yTSgy9l0sl

A bemused Sarkar responded: “I don’t think the country will explode, I don’t think that’s the case” but the Brexiteer continued to try to suggest otherwise.

“Look at the results at the European elections!” he told her.

The Brexit Party received 32 per cent of the vote in May, with the Liberal Democrats also making significant gains.

The Conservative Party, for whom Francois represents, dropped to fifth place in the polls, behind Labour and the Green Party in third and fourth place respectively.

Sarkar said Brexit is likely to head in the direction of where it was always going to go, which is back “in the hands of the electorate”.

Responding to the Telegraph’s Christopher Hope, who asked whether that meant a referendum or an election, she said “possibly a combination of the two”.