Pro-Brexit MPs called it an ambush, but Luxembourg PM Bettel said it is UK citizens abroad who are being held hostage for "party political gains". 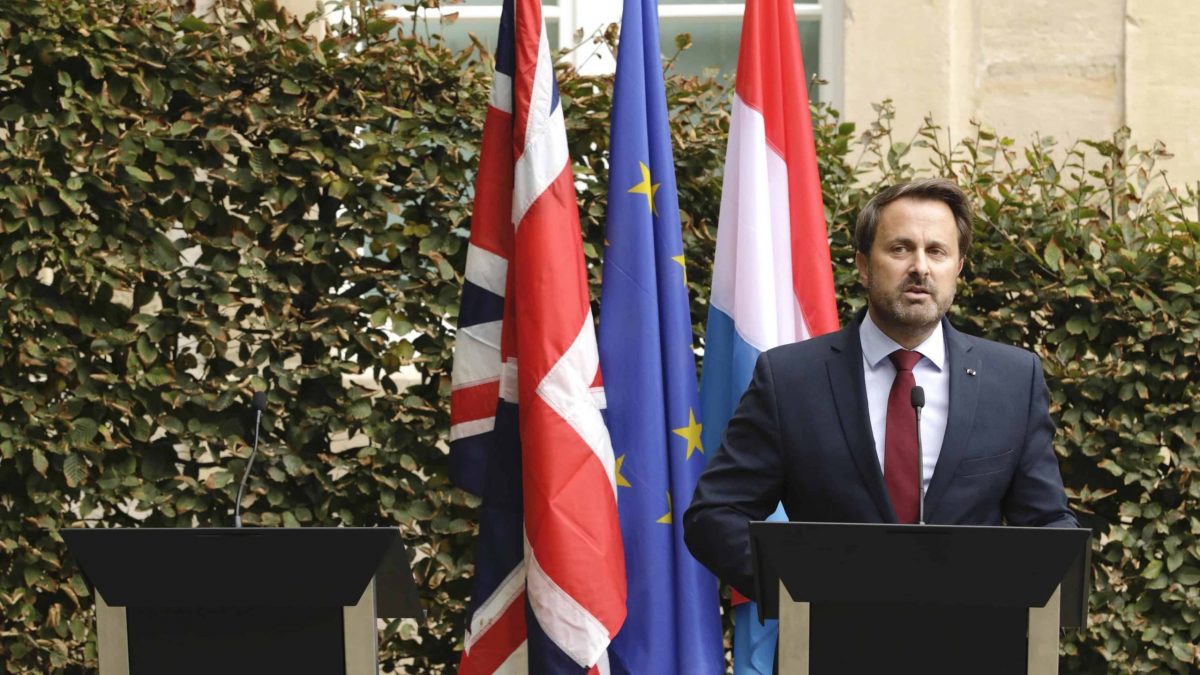 Footage of protestors outside a Luxembourg press conference that was canned by Boris Johnson reveals there were only around 75 people heckling the PM.

Johnson called off a planned speech alongside Xavier Bettel yesterday over concerns that crowd noise would drown out his points.

“I don’t think it would’ve been fair to the Prime Minister of Luxembourg,” he said, even though Mr Bettel proceeded with the press address as planned.

Footage leaked by James Crisp of the Telegraph shows that less than a hundred people had gathered to protest Brexit in the capital.

Just for context this is how many protesters, approx 75 IMO, convinced the PM to cut and run today in Luxembourg. pic.twitter.com/ra8dDl7i3f

The conference has since been described as an ambush by Conservative MPs, with pro-Brexit Daniel Kawczynski calling the Luxembourg leader ‘disrespectful’.

He fumed online: “Luxembourg PM representing a nation smaller than Birmingham admonishing and being disrespectful to a British PM for trying to fulfil will of British people.”

Bettel used the event to mock claims of Brexit progress and suggested that it was the future of UK citizens across the EU who are being held hostage for “party political gains”.