The manager is bothered about the weather in the North West, but not enough to leave. 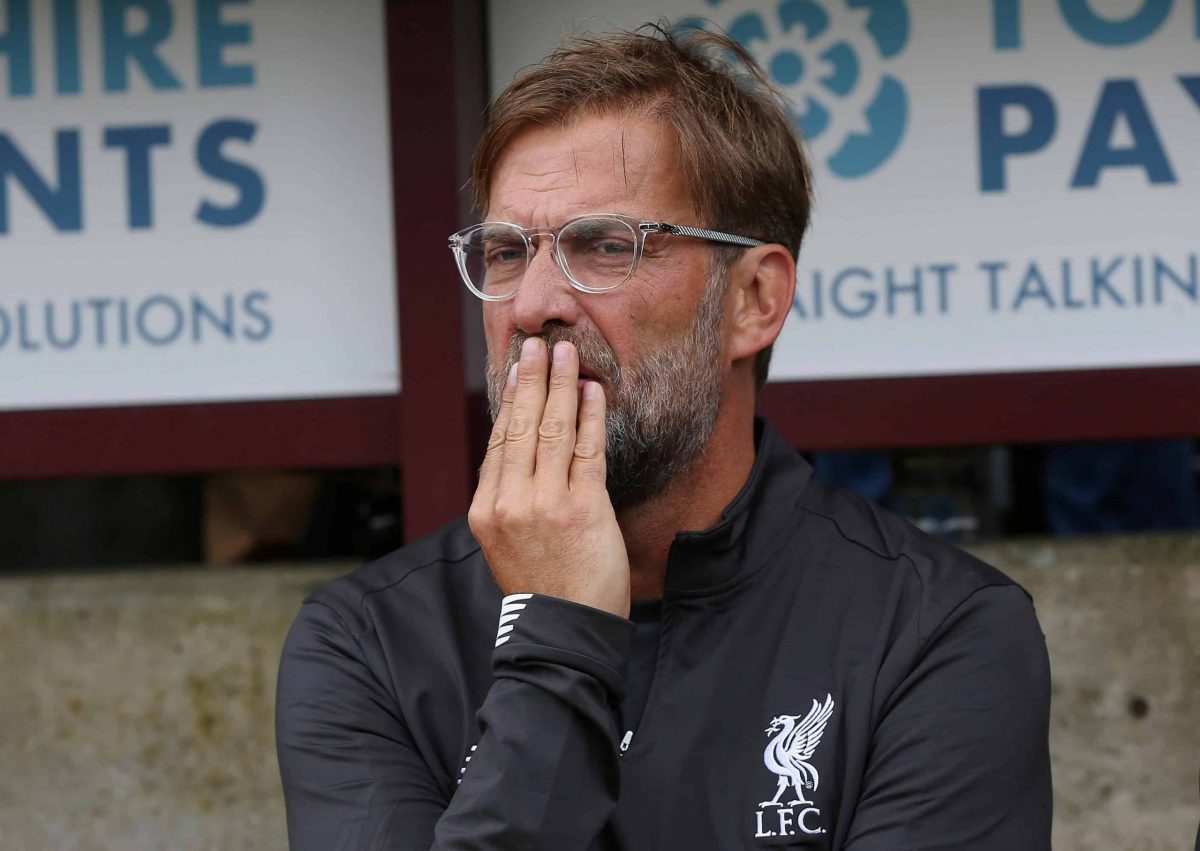 The sun doesn’t always shine on Merseyside, but that is no reason to leave, according to Liverpool boss Jurgen Klopp.

He insists comments made by his agent that suggested he was contemplating his Liverpool future because of the British weather were merely “a joke”. However, there have been rumours that top Spanish sides are interested in Klopp and one of their star players.

The German is committed to the Anfield club until 2022 but Marc Kosicke hinted his client could decide against signing a new contract, in part due to the inclement climate in the north west.

Klopp, though, moved to clarify the remarks as he said on the eve of his side’s Champions League opener against Napoli: “He wanted to make a joke.

“Now I have to be serious otherwise I could make a lot of jokes about the weather! It was obviously German humour and nobody got it.

“The weather was never a reason for me to choose a city. The weather in Liverpool is not always nice but, especially between March and September or October, it’s nicer than you would imagine.

“He’s not only my agent but he’s my friend and friends can of course say what they want, and he did that, and nobody got his joke so that’s how it is.”

Moving away from the weather and the future for the side, the German also had a lot to say.

Klopp said: “We cannot be the best team in Europe because Man City is the best team in the world, that’s the same planet, I heard! There are a lot of good teams out there and you have to prove that constantly.

“You cannot imagine how normal it is to carry on after the celebrations, it’s so easy to carry on normal if you have the right character.

“If you go nuts and start taking drugs and drinking and driving different cars or whatever, and leave your missus at home because you are now the Champions League winner, then I can’t help you.

“But we are not like this, we want to create more stories to remember in the future and not only this one, so we cannot stick to that.

“I have no idea how I could use the fact that I won the Champions League with the boys, so I didn’t even think about it.”

The scousers could be without Andy Robertson for their Champions League opener against Napoli after the left-back picked up a knock against Newcastle.

BT Sport will be broadcasting the game on BT Sport 2, with coverage beginning at 7pm.

Can I stream the game online?

With a BT Sport subscription you can stream the match from your phone or tablet with the BT Sport app.

The match begins at 8pm.