"...the level of ignorance amongst many ministers speaking at the despatch box about the UK not understanding the very different situation of Northern Ireland has really been quite shocking." 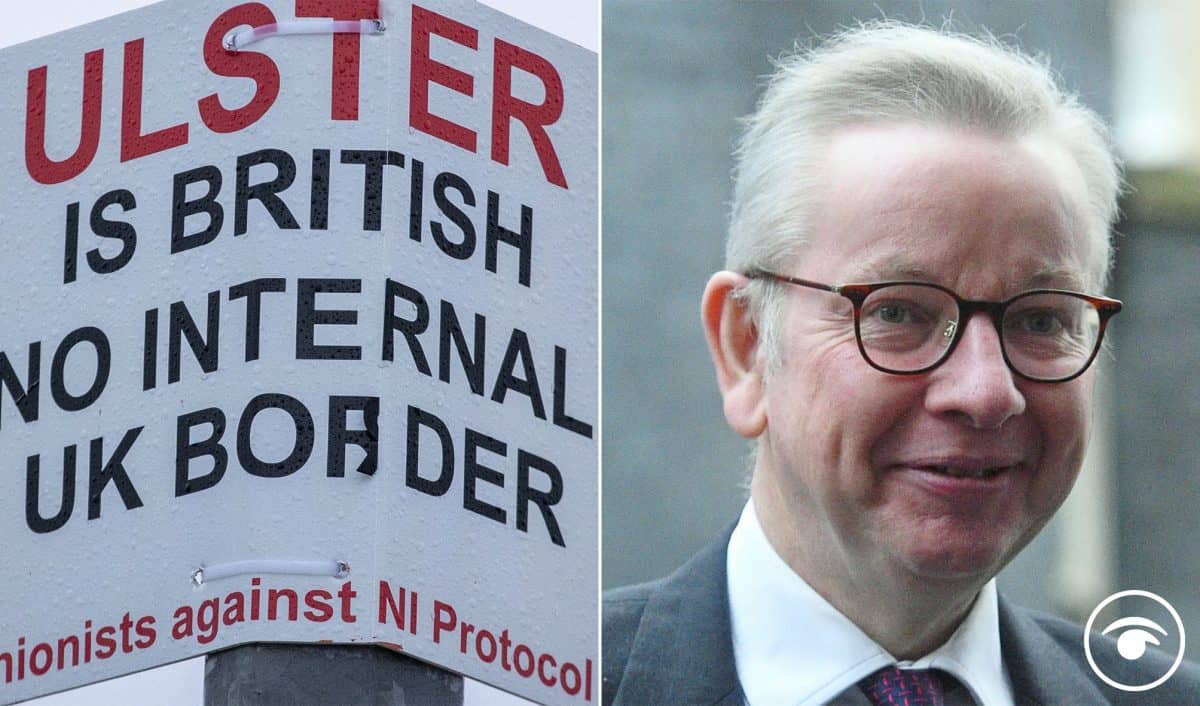 UK ministers have a “shocking” lack of knowledge about the unique circumstances of Northern Ireland following Brexit, a joint session of four Westminster committees has been told.

It comes as the use of violence in opposition to the Northern Ireland protocol is a “last resort” but not “off the table”, a member of the Loyalist Communities Council has said.

The Public Administration and Constitutional Affairs Committee joined together with the Northern Ireland, Scottish and Welsh affairs committees to hear evidence on the Government’s union capability.

Appearing as witnesses on Thursday were Cabinet Office minister Michael Gove and Sue Gray, who recently left the Northern Ireland Civil Service to take up a Whitehall role as second permanent secretary of the Cabinet Office.

MPs asked about the workings of the Northern Ireland Protocol, designed to protect the peace process by avoiding a hard border on the island of Ireland.

The protocol has angered unionists by effectively creating a barrier between Great Britain and Northern Ireland by leaving the region tied to a range of EU customs and regulatory rules.

Mr Gove told the committees he is working to ensure every Government department understands the workings of the protocol and can communicate them to businesses.

Labour MP Karin Smyth said: “It was perhaps surprising that Lord Frost (the Government’s Brexit adviser) said last week that the Government and ministers perhaps didn’t understand the protocol that they had indeed drafted.

“I agree with Lord Frost; the level of ignorance amongst many ministers speaking at the despatch box about the UK not understanding the very different situation of Northern Ireland has really been quite shocking.

“How can you support civil servants understanding this complicated relationship when, with due respect, UK ministers are being really quite ignorant about the special circumstances of Northern Ireland.”

“One of the reasons I am so glad Sue (Gray) has been appointed is that she brings direct experience of working in the Executive, running the Department of Finance in the Northern Ireland Civil Service. She is an experienced Whitehall warrior. She is not afraid of speaking truth to power.”

DUP MP Ian Paisley asked how the protocol was consistent with efforts to strengthen the union of Northern Ireland and Great Britain.

He said: “How is the Northern Ireland Protocol going to strengthen the union when every single unionist appears to think it is an absolutely total and unmitigated disaster for Northern Ireland?”

Mr Gove said: “It is a huge issue. The NI Protocol contains significant challenges and David (Lord Frost) has been working to deal with those, but it also is the case, as a number of business organisations have pointed out in Northern Ireland, that a properly functioning protocol can bring benefits.

“It is important that we deal with the challenges but also keep an eye on the opportunities, and I think David has been right in his approach which is to stress to the EU that they have a responsibility to help deal with it.

“There are folk in the EU who have a tendency to see the Good Friday Agreement just in terms of north/south relations and they haven’t appreciated both the balance within Northern Ireland and the importance of east/west relations as well.”

Labour MP Geraint Davies asked if the changing circumstances brought about by Brexit increase the likelihood of a referendum on the unification of Northern Ireland with the Republic.

He said: “The Good Friday Agreement has a facility, that if the mood in Northern Ireland is one where they want a referendum on unification with Ireland, they should have one.

“Given that in the event of reunification they would be all be part of the single market and the customs union, there may be a changing mood there. Is that something the Government would contemplate allowing if the mood shifted?”

Mr Gove responded: “There are provisions under which a border poll could be called but it is not a matter of mood, there are stricter tests than that.

“The majority of people in Northern Ireland vote for parties that believe in the UK. While the coalition government in Dublin is anxious to improve working across the island of Ireland, they are also very clear that now is not the time for any sort of border poll.

“Speaking personally, I am proud of the fact that a majority of people in NI want to remain part of the UK. I think it is fantastic that over the course of the last 100 years we have benefited so much from Northern Ireland being part of our country.