“To say violence is never the answer is massively naive, sometimes violence is the only tool you have left.” 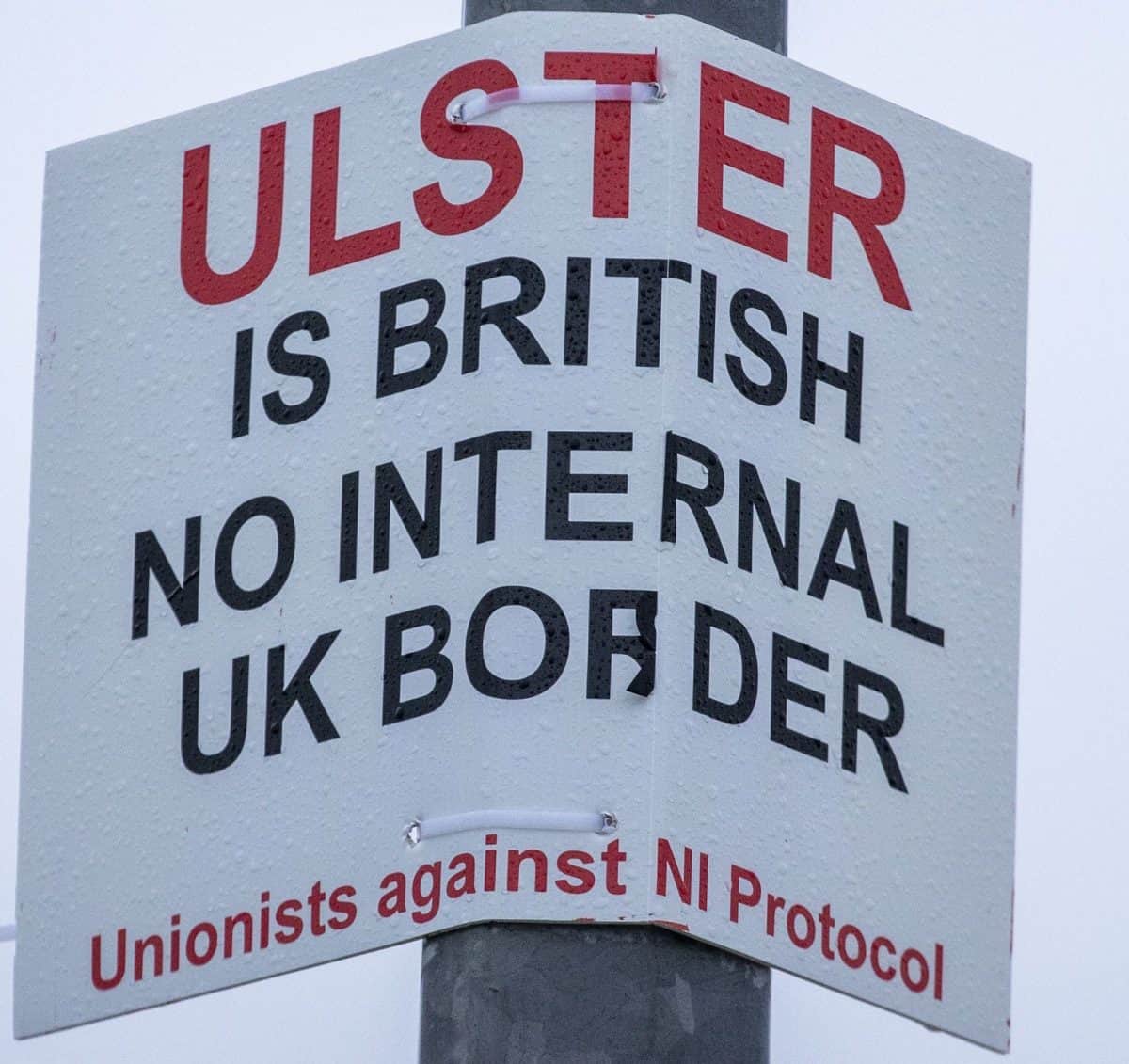 The use of violence in opposition to the Northern Ireland protocol is a “last resort” but not “off the table”, a member of the Loyalist Communities Council has said.

Representatives from the LCC appeared before the Northern Ireland Affairs Committee (NIAC) on Wednesday, as part of its inquiry into the Brexit protocol.

Committee chairman Simon Hoare MP questioned the LCC representatives on their past comments on the use of violence.

Joel Keys, 19, was asked about a post he made online on April 12, that stated: “To say violence is never the answer is massively naive, sometimes violence is the only tool you have left.”

“You know there are certainly certain circumstances where violence is the only tool you have left.

“For example, I don’t think the people living under Kim Jong Un’s sort of dictatorship is going to get anywhere with peaceful protests anytime soon.”

He was then asked specifically about the use of violence were the Northern Ireland protocol to become “embedded” and deemed to be working by the UK Government and the EU.

He said: “I am not sure if and when and violence will be the answer.

“I’m just saying that I wouldn’t sort of rule it off the table.”

Put to him that his answer was “incredibly worrying and dispiriting”, Mr Keys replied: “Well, let me make it clear.

“I’m no fan of violence, I think that it has to be an absolute last resort.

“But it worries me that we could potentially reach a point in this country, or in any country, where the people feel that they do have to defend themselves.”

But he added: “I want to emphasise I don’t think we’re anywhere near that point at the minute.

“I think that the political process is one that we all have to use and take advantage of.”

Chairman of the LCC and former UUP member, David Campbell CBE was then also asked about his past comments on the protocol made on Radio Ulster, when he said: “If it comes to the bit where we have to fight physically to maintain our freedom within the UK, then so be it.”

Mr Campbell replied: “The question they asked essentially was ‘are there circumstances where the physical force is justified?’.

“And I said ‘yes, if our freedoms within the United Kingdom are threatened, for example by a tyrant like Adolf Hitler or Joseph Stalin’.”

He complained that his comments had been “selectively edited” by the broadcaster.

LCC member Jim Wilson, formerly of the UUP, told the Committee: “I believe that we’re living in a society now where the greater threat of violence seems to win the day.

“We met the Irish Government over the protocol, on three or four different occasions, with Simon Coveney and others.

“And they never listened to one word we said.

“I think it’s disgusting disgraceful that we have politics in our own society that are constantly running about and using the threat of violence to attain a political decision.

“We live in society where the threat of violence wins the day.

“That is a disgusting situation to be living in and for political people to use those threats to win and argument, it’s not the type of society that we should be living in.”

The Loyalist Communities Council is an umbrella group that represents three outlawed paramilitary groups: the UVF, the UDA and Red Hand Commando.

Related: PMQs May 19th – PM’s Indian summer reigns over all of us