"Like all nationalists, Sturgeon is obsessed with flags," from a Tory party that has flags in the background of every TV interview. 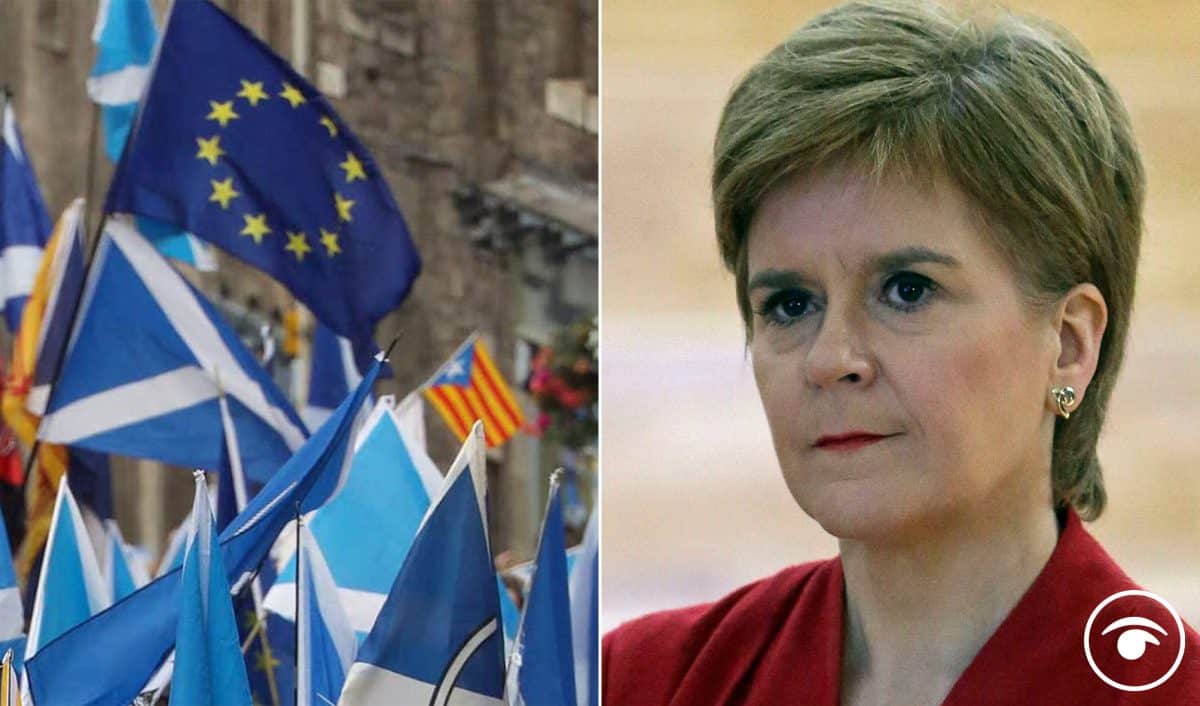 The SNP administration has told Scottish Government buildings they can continue to fly the EU flag, alongside the saltire, every day of the year.

Previously the EU flag had only been raised on May 9 to celebrate Europe Day.

By contrast, the Union Jack will only be flown one day a year, to mark Remembrance Sunday. The news has not gone down well at all with the Tory party.

Conservative MSP Dean Lockhart said: ‘The UK has left the EU, so Nicola Sturgeon’s personal decision to order the flying of the EU flag on Scottish government buildings makes no sense.

‘It reconfirms the SNP’s refusal to accept referendum results and their ongoing focus on constitutional issues at the expense of more important priorities. But we should not be surprised. Like all nationalists, Sturgeon is obsessed with flags.’

Scottish Tory leader Douglas Ross said: “Token gestures such as this serve no purpose other than to distract from the extreme challenges facing Scotland.”

“She’s really not good at listening to people when they make their voices known at referenda” James Cleverly, UK minister of state for the Middle East, told LBC Radio this morning.

“Politicians should deal with the world as it is and rather than the world as they wish it was” adding that Scots voted to remain part of the UK and that the people of the UK had voted to leave the EU.

Twitter was divided, as ever, but people who didn’t like the decision were very angry, very angry.

“The SNP are making Scotland a complete laughing stock.

“Flying the flag of a foreign entity. Ridiculous.”

Another added: “As a proud Scot and Brit, this is f**king ridiculous.

“It’s petty grievance monkey nationalism and we are heartily sick to the back teeth of Nicola and her ego destroying Scotland #ResignSturgeon.”

A spokesman for the Scottish government said: ‘The EU flag is flown to reflect the overwhelming vote of the people of Scotland to remain in Europe, and as a mark of solidarity with the hundreds of thousands of EU citizens who to call Scotland home despite Brexit.’