Anthony Pium claimed to be on "hunger strike", and said he was being "held captive under duress". 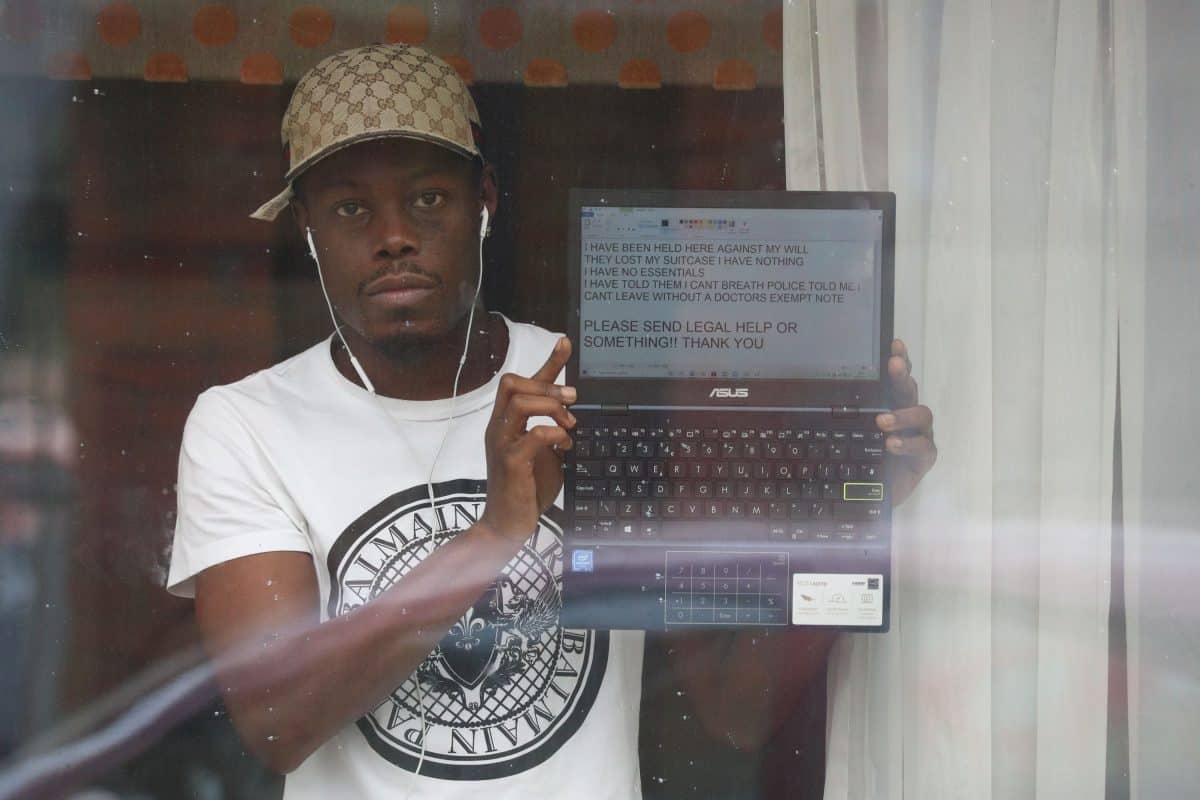 A traveller undergoing government-mandated quarantine in a Heathrow hotel has described it as “the worst experience of my life”.

The man, who gave his name as Anthony Pium, said staff at the Heathrow Radisson Blu were polite – but became “forceful” when he attempted to leave the hotel.

Pium – from Leyton in East London – returned to the UK from Brazil, where he had been working, on Wednesday and said he is being “held against his will” at the hotel.

He said his luggage had been lost at the airport, leaving him without essentials or a change of clothes, and that some staff at the hotel had been “slapdash and careless” with hygiene precautions.

“I’m really upset, I’m really frustrated, and I feel like this is changing my view on how the police and the Government help people in this crisis,” he said. “They already know coronavirus affects people mentally and I’ve been away from my family for two months.

“Now coming back to my own country feels worse than when I was in Brazil. They’re trapping me in my room and, to be honest, it’s the worst experience of my life.”

“The luggage should be here in the afternoon (Thursday) but they can’t guarantee it, and in the meantime I have to stay in the same clothes that I’ve travelled on the flight in for 15 hours. It’s really embarrassing and unhygienic.”

Pium, who is a travel agent, said he has had a PCR test and two antigen tests which have all returned negative results. He said he had been asked by hotel staff for his dietary requirements but has refused the food offered because it was not “adequate”.

“They have set meals and I don’t know where this is coming from. I’m in a room that isn’t well-ventilated and I don’t want to get sick while I’m here,” he said.

He added that he had been “barricaded in” by staff, who had blocked his exit and called the police.

“I feel like they’re not really doing anything to protect me properly and they’re trying but the hotel staff are really slapdash and careless with the stuff they do,” he said.

“One or two of them don’t even have a mask on. I haven’t seen much else breaking the guidelines apart from social distancing, because they don’t have the proper social distance measures.”

Pium told MailOnline that he is “on hunger strike”, and “won’t touch any of the food they give me”.

He added: “I’ve been held captive under duress.”