The Freight Transport Association of Ireland said stockpiling prior to Christmas had masked some of the effect of Brexit so far. 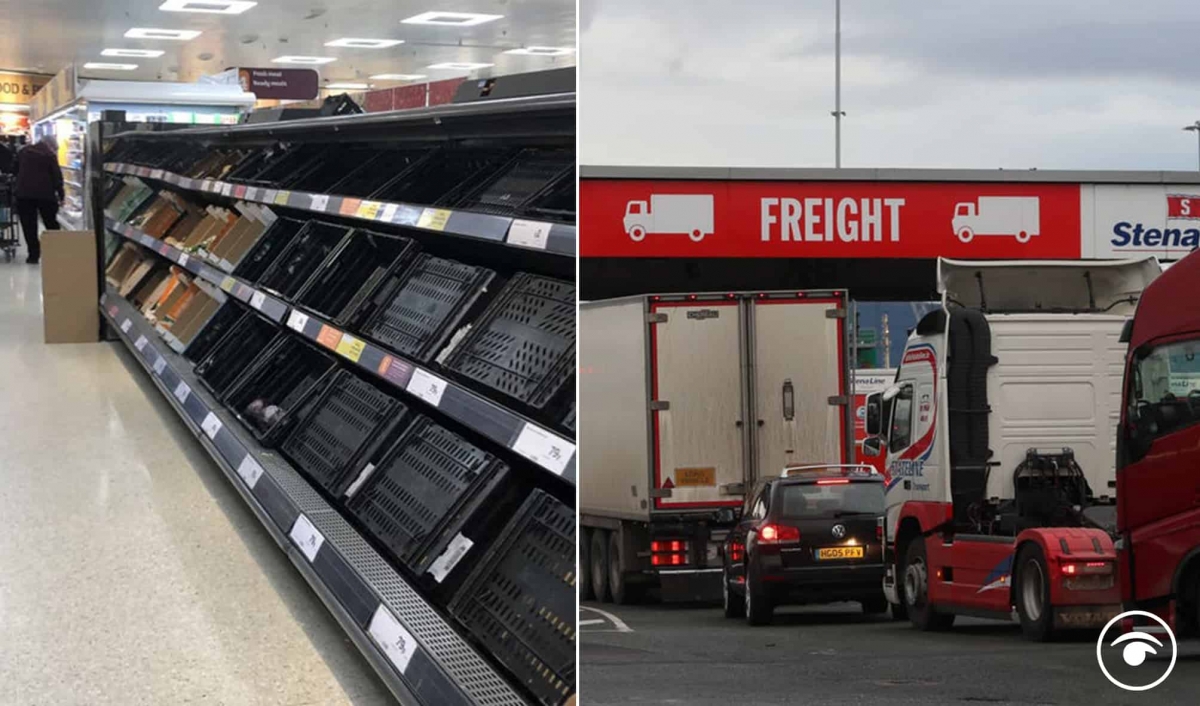 Brexit reality was trending on Twitter today after the scale of the border crisis becomes clear.

An Irish freight group has warned of huge post-Brexit disruption to supply chains in coming weeks, as the impact of Britain leaving the EU takes hold.

The Freight Transport Association of Ireland (FTAI) wrote to Ireland’s premier Micheal Martin on Thursday warning him of empty supermarket shelves, job losses and rising prices unless the Government takes action to assist the industry trying to bring goods into the country.

The letter, signed by FTAI general manager Aidan Flynn, also said the industry was struggling to keep the flow of goods moving.

“There is a growing backlog of goods of all hues, from mechanical parts (car parts) to electrical household goods, furniture, clothing, food supplies, sitting in depots because there are not enough agents to process the declarations correctly,” the group said.

“There are issues with the systems and there are problems with providing enough support and guidance on the new requirements to industry to make this work.

“The net result will be that companies operating on very tight margins will cease trading, creating unemployment, supply lines will disappear, and the consumer will be left with less supply and increased prices.”

“The island’s vulnerability in these challenging times cannot be overstated,” it added.

The association said stockpiling prior to Christmas had masked some of the effect of Brexit so far.

“The reality is that volumes are low, the profile of traffic is that unit loads of non-food products are clearing customs relatively easily and all this against a background of huge stockpiling pre-Brexit,” the letter said.

“As the stockpile requires replenishment the real challenge will come”

“As the stockpile requires replenishment the real challenge will come and that is why the current issues that our members have highlighted to us are a stark warning/signal that there is inevitably going to be huge disruption with many knock-on effects to the supply chain.”

FTAI said there is not enough ferry service supply on direct routes to continental Europe and that the landbridge through the UK, which typically carries about 80 per cent of traffic to the EU volume wise, was now effectively “out of bounds” for almost all exporters due to the potential delays at the Channel ports.

Brexit reality was trending on Twitter on the back of the border chaos. We’ve picked out some of the responses so far: