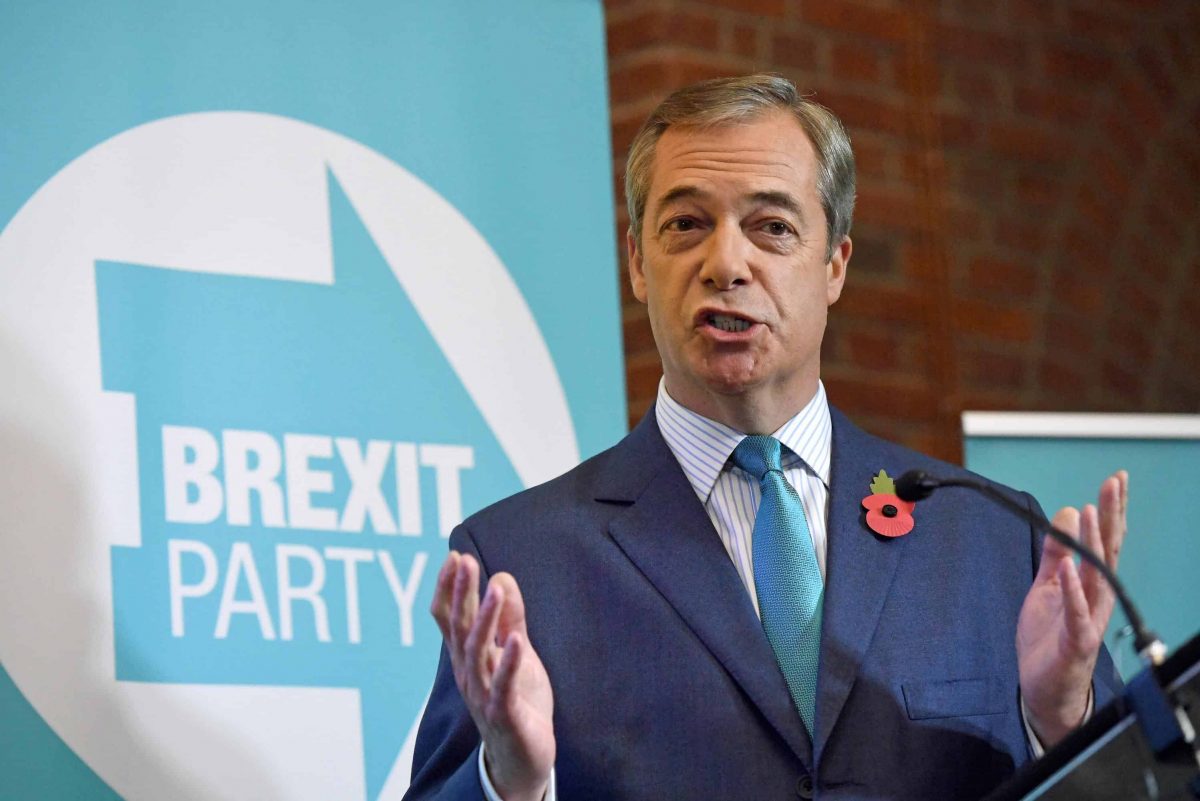 Nigel Farage has thrown down a challenge to Boris Johnson insisting that if the Prime Minister does not drop his EU Withdrawal Agreement and form a “Leave alliance” the Brexit Party will field a candidate in every seat in Britain.

Launching the party’s General Election campaign in Westminster, Mr Farage said that the PM’s deal did not represent Brexit.

Mr Farage said that if the Tories did not agree to an alliance and abandon the deal he would make sure every household in the country was made aware it was a “sell out” of Brexit.

The Brexit Party leader said that if Mr Johnson did not agree to his terms: “We will contest every single seat in England, Scotland and Wales.”

He added: “I say to Boris Johnson – drop the deal.”

Earlier Cabinet minister Robert Jenrick said: “We are not interested in doing any pacts with the Brexit Party or indeed with anybody else.”

The Communities Secretary told BBC Radio 4’s Today programme: “We are in this to win it.”

In a radio interview with Mr Farage on LBC on Thursday, Mr Trump said: “When you are the president of the United States you have great relationships with many of the leaders, including Boris, he’s a fantastic man, and I think he’s the exact right guy for the times.

“And I know that you and him will end up doing something that could be terrific if you and he get together as, you know, an unstoppable force.”