David Frost, who negotiated the protocol, admitted it was ‘not sustainable for long’.' 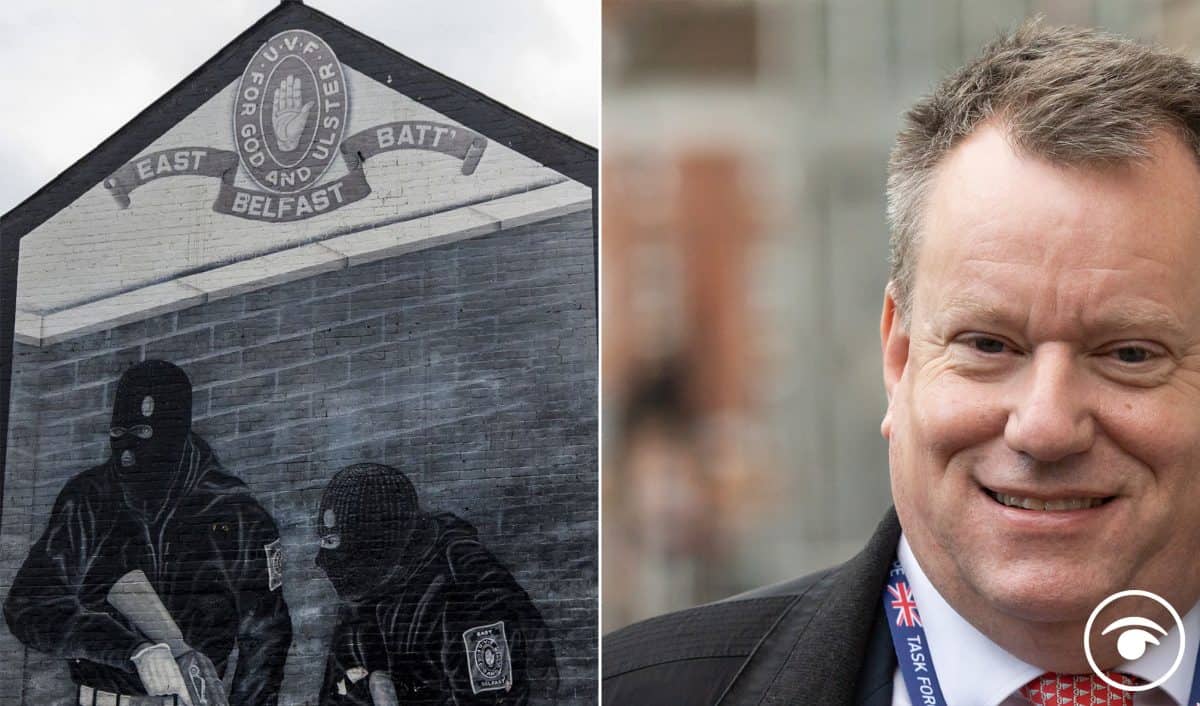 Senior ministers from Boris Johnson’s Government met with representatives of loyalist paramilitaries during a visit to Northern Ireland.

Downing Street said it was important to “engage widely” with communities in Northern Ireland.

The Prime Minister’s official spokesman said: “The UK Government regularly meets with groups and individuals from across all parts of the community and it is important we hear a diverse range of views.

“We are going to continue to engage widely to ensure that the UK Government is able to meet its objectives in Northern Ireland.”

Lord Frost urged the European Union to take a “common sense, risk-based approach” to the Northern Ireland Protocol, warning that the current way it is currently operating was not sustainable.

David Frost, who negotiated the protocol, says UK will ‘consider all options’ as  it ‘not sustainable for long.’

He said: “Businesses have gone to extraordinary efforts to make the current requirements work, but it is hard to see that the way the protocol is currently operating can be sustainable for long.

“We’re committed to working through the issues with the EU urgently and in good faith. I hope they will take a common sense, risk-based approach that enables us to agree a pragmatic way forward that substantially eases the burdens on Northern Ireland.”