Mr Waititi told MPs in the chamber that he was forced to listen to a “constant barrage of insults” directed toward Indigenous people. 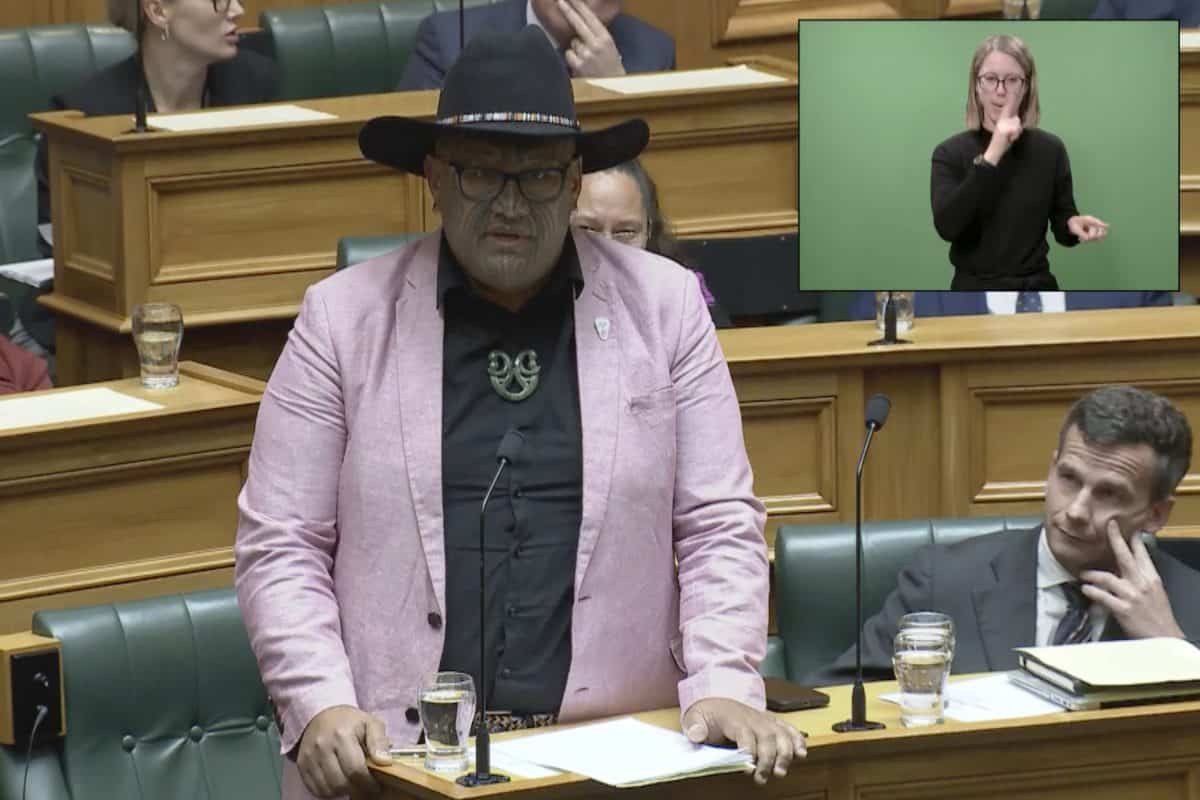 An Indigenous New Zealand MP has been thrown out of the parliament’s debating chamber for performing a Maori haka in protest at what he said were racist arguments.

Rawiri Waititi’s stance came after ongoing debate among MPs about the government’s plans to set up a new Maori Health Authority as part of sweeping changes to the healthcare system.

Some conservative MPs have said the plan is separatist. Mr Waititi, the co-leader of the Maori Party, said those arguments amounted to racist rhetoric.

Mr Waititi told MPs in the chamber that he was forced to listen to a “constant barrage of insults” directed toward Indigenous people.

If that kind of attitude was acceptable, he said, “then I find this house in disrepute”.

Speaker Trevor Mallard then told Mr Waititi to sit down – but instead he performed the haka, a traditional dance or challenge accompanied by a chant.

Mr Mallard told Mr Waititi to leave the chamber – which he did, along with his party’s other co-leader, Debbie Ngarewa-Packer.

It is not the first time Mr Waititi has clashed with Mr Mallard.

TPM and Teanau Tuiono leave the chamber after Rawiri Waititi cut off making point of order about the House’s litigation of race issues the past fortnight. pic.twitter.com/wZJ6tIsVRt

Thanks @teanau_tuiono for supporting @packer_deb and @Rawiri_Waititi on behalf of all of us, by walking out of the House. I was able to stay in the House and challenge racism picking up from Judith Collin's unacceptable dog whistling. https://t.co/C8NUnTUNRw

Rawiri Waititi booted out of House over stoush with Speaker over National Party rhetoric. Waititi says National are “constantly bashing Māori” and it shouldn’t be being broadcast out to the world, as he argues it is inciting racism across NZ.

In February, he won a battle against wearing a tie in Parliament, ending a longstanding dress requirement for men that he described as a “colonial noose”.

Mr Mallard also threw out Mr Waititi from the debating chamber during that dispute after Mr Waititi showed up wearing a traditional pendant around his neck called a hei tiki.

But Mr Mallard backed down the next day, saying neckties would no longer be compulsory, after a committee of MPs came out in favour of ending the requirement.

Mr Waititi’s latest stance is not supported by all Maori MPs.

“Don’t ever think that a party that gets 1.2% of the vote actually represent the views of Maoridom,” Mr Davis told MPs.